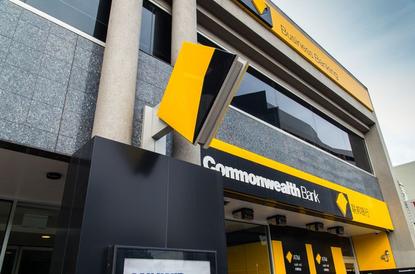 Commonwealth Bank’s network of 1000 physical branches and its Australia-based call centre staff will “remain very relevant” in the future despite customers growing use of digital channels, the bank’s CEO Matt Comyn said today.

More than 6.5 million customers logged into online banking NetBank or the CommBank app at least once in the month of June, with five million logging in every day.

“So we have never had more engagement with our customers. Into the future that is going to be even more important as more of our customers are using our digital channels,” Comyn said in an interview posted to the bank’s website following the release of its annual results this morning.

Despite some impressive figures around customer take-up of digital options, human interaction will remain part of operations, Comyn explained.

“It is going to be that combination of both the best digital experience in Australia, combined with leading customer experience across all of our face-to-face and assisted channels,” Comyn, who was appointed to the role in January following the resignation of Ian Narev, said.

CBA is undoubtedly a market leader in digital banking. As of June this year, 59 per cent of total banking transactions by value were done over digital channels, up from 50 per cent in 2014. Since then monthly unique users of the CommBank app had nearly doubled to five million. Daily logons had risen to 5.1 million compared to 2.3 million four years ago.

According to market research, Net Promoter Scores for CBA’s mobile app and internet banking are considerably higher than its Big Four competitors.

The bank said today there would be “continued leadership in digital”. Recent consumer-focused innovations include automated banking assistant Ceba, assisted chat and click to call features added to the app, as well as a ‘spend tracker’ and fee avoidance alerts.

A customer pilot of an in-app ‘Spend Less Challenge’ is currently underway and earlier this week CBA subsidiary Bankwest rolled out a chat function which can be synced across the web and app, allowing a customer to begin a conversation on one platform and then resume it on another.

“Innovative solutions remain key to the group’s business customer offerings” the bank said, pointing to the recent roll out of business insights portal DailyIQ, which now boasts more than 600,000 users, and CBA’s touchscreen EFTPOS terminal Albert of which there are now more than 94,000 in use.

A SME targeted management offering called Wiise – created in collaboration with Microsoft and KPMG – will be ‘launching soon’.

Being “best in digital” is one of the central tenets of Comyn’s effort to make CBA a “simpler, better bank”.

“We are simplifying our portfolio, operating model and processes to deliver better customer, efficiency, and risk outcomes. This will be underpinned by stronger capabilities in operational risk and compliance management, cost reduction, data and analytics and a continuing commitment to innovation and customer service,” Comyn said.

Overall, the bank’s cash profit for continuing operations fell by 4.8 per cent, which Comyn blamed on some “one-off items that have impacted the result”.

The full-year profit drop is the first since 2009 in the midst of the global financial crisis.

These include the $700m plus legal costs penalty it must pay to the Australian Transaction Reports and Analysis Centre (AUSTRAC) after breaching anti-money laundering and counter-terrorism financing laws. The bank blamed a software ‘coding error’ for the breaches.

Some $375m of that fine needs to be paid in the first half of the next financial year.

The banks has also put aside $389m for “financial crimes compliance, the ASIC investigation, the shareholder class actions, the AUSTRAC proceedings, the Royal Commission and the APRA Prudential Inquiry,” it said.

“If you strip some of those out, actually the result looks more from an underlying perspective up 3.7 per cent,” Comyn said. “I think given the context of what we have had to operate in, it really does show the resilience of our core franchise.”

Operating expenses over the year have included a $65m increase in capitalised software impairments, “primarily due to the decision to implement a new institutional lending platform” at a cost of $51m, plus a $58m increase in amortisation of software assets.