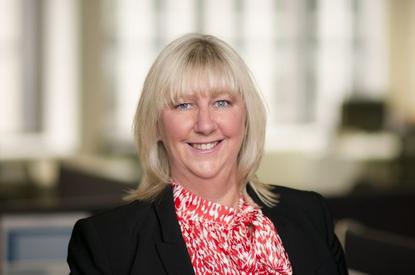 CSG has revealed its revenue for the 2018 financial year has fallen eight per cent to $225.7 million while its statutory net loss after tax reached $150.1 million, sinking further into the red in comparison to FY17 where statutory net loss was $43.7 million.

The net loss involved a non-cash impairment charge of $116.1 million and provisions relating to the Enterprise Solutions business of $39.3 million.

Underlying net profit tumbled 88 per cent to $2.3 million while underlying earning before tax (EBITDA) was down 67 per cent to $10 million.

CSG is also intending to raise $18 million in new equity, with the entitlement offer to be fully underwritten by its two largest shareholder, Caledonia and TDM Asset Management.

In a statement, CSG managing director and CEO, Julie-Ann Kerin, said CSG faced substantial headwinds in the enterprise segment in FY18, which led to the disappointing result, effectively making the decision to exit the business.

“The board and management reacted decisively and has repositioned the business for a return to growth in FY19,” Kerin said. “We are already starting to see the benefits of a simplified business model with three clear operating segments.”

Despite the results, Kerin particularly pointed out that its Technology business was the standout performer with high value technology subscription seats up close to 40 per cent to 22,326 and revenue was up 42 per cent to $42.8 million.

Total revenue from the Technology segment represented about 15 per cent of group revenue.

Meanwhile, print equipment sales was lower than expected, particularly in the enterprise segment in Australian and production print in New Zealand, with revenue $8.5 million lower than FY17.

In the SME segment, print equipment sales were also lower than expected due to changes with CSG’s salesforce and sales incentive programs, the company explained.

In June, CSG warned shareholders about a further decrease in underlying earnings for the 2018 financial year, this time expecting to post between $9-$11 million.

The move came as the managed print solutions provider prepared to exit the enterprise market, following a performance review by Morgan Stanley, appointed in February to help the company maximise value for shareholders.

As a result, CSG has created three distinct operating businesses – print, technology and finance – to simplify its go-to-market model.

This also involved a "major restructure" of both the Australian and New Zealand businesses within sales, service and operations.

The restructure and cost-out initiatives were expected to result in one-off restructuring charges of $2.5 million and approximately $7.7 million in cost savings for FY2019 underlying EBITDA.

For FY19, CSG is forecasting underlying EBITDA in the range of $17 million to $20 million.