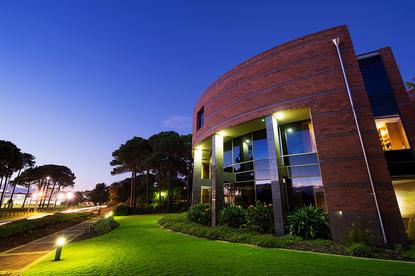 Christian Rasmussen has been with the Perth university since 2013, leading an IT function – Curtin IT Services (CITS) – made up of 175 full time staff.

During his time there he developed a major digital transformation plan, believed to be the biggest non-capital works program the university had undertaken.

He overhauled the IT services organisation into a “plan, broker, integrate and orchestrate” model, leading to a higher speed of delivery and a transformed working culture. The group has also rid the university of a substantial shadow IT issue, and brought the function closer to other business units.

Over the past couple of years Rasmussen’s team has rolled out a simplified and modernised audio visual environment across the university’s expansive campuses, which is ready to support the likes of wearables and virtual reality.

Last year, Curtin announced it was rolling out IoT devices to provide advanced data insights to help with the day to day operation of its Perth campus. The ‘smart campus’ concept brings together data visualisation, video analytics, and live face matching technologies in a single analytics dashboard to inform decisions about classes, operations, and future requirements.

Rasmussen joined the university from engineering group Monadelphous, and has previously worked as director of IT at the University of Western Australia and Oracle where he was a project director. He finishes at Curtin this week.

The university has not yet named its next CIO, having advertised for the role earlier this year. The role reports to chief operating officer Ian Callahan, and has eight direct reports.