Data silos are bad, but strategies differ on the best way to break out of them 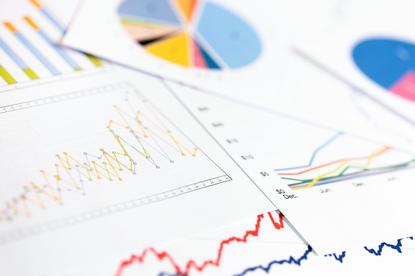 The good news: Six of the biggest companies in IT are setting out to eliminate the silos in which enterprises store customer data.

The bad news? They're doing it in two different ways, and both ways will miss a lot of the silos holding enterprise data.

On the one hand we have the Open Data Initiative, unveiled by Microsoft, SAP and Adobe. This gathers data from Adobe's Customer Experience Platform, Microsoft's Dynamics 365 and SAP's S/4HANA database and C/4HANA CRM system onto Microsoft’s Azure cloud platform using a single data model.

And on the other hand, Salesforce.com is tightening its relationships with Apple and Amazon Web Services, making it easier for developers to integrate apps built on Apple's devices or in the AWS cloud with a Salesforce.com core.

This doesn't mean CIOs have to choose one camp to the exclusion of the other, but each is clearly hoping its move will help it grow its share of IT spend.

The Open Data Initiative's goal, Microsoft CEO Satya Nadella told attendees at the company's Ignite conference on Monday, is to open up the big data opportunity by dealing with "the small data challenge: All this data is trapped in silos, many of them internal."

SAP CEO Bill McDermott’s solution? “We have to be extensible with each other, so these platforms have to work together. That breaks down the silos.”

While the details are still a little hazy, “The architecture here is actually pretty straightforward,” Nadella said. “You have these very rich application suites from SAP, from Adobe, from Microsoft.… We are going to unlock the data across all of these suites so they can be enriched using this very rich cloud data and AI layer in Azure.”

Adobe CEO Shantanu Narayen joined Nadella and McDermott on stage to talk up the benefits of the three companies working jointly with their customers.

But the three don’t want things to stop with their respective companies. “We want this to be an open framework,” Nadella said, inviting others in the tech industry to join the Open Data Initiative and put customers in control of their data.

Salesforce.com, AWS and Apple may be too busy to accept the invitation. At its Dreamforce conference on Tuesday, Salesforce.com revealed it has been working with Apple on a new mobile SDK for iOS, so app developers can build better CRM apps for the iPhone.

Meanwhile, its offering AWS customers new ways to access its APIs and platform events, simplifying the flow of their data into and out of its platform with a common programming interface rather than a common data model. Salesforce already runs most of its public cloud workload on AWS, so it’s a logical step.

But even if Salesforce.com, Apple or AWS were to join the Open Data Initiative, that would be far from enough to break customer — or even just “customer experience” data — out of the silos that hold it.

What escape route, for example, does Oracle have to offer? The answer to that may come later this month, at its Oracle Open World event.