Campus computer labs will never be the same 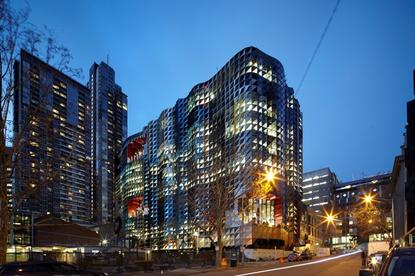 Over the last 18 months, the atmosphere in the computer rooms across RMIT’s Melbourne campuses has completely changed.

“People are still going into the labs but where you might have had 20 people in a lab because there were only 20 computers in there, today you might have 30 people in there because they’re using the facilities to collaborate. They’re being used for workspaces,” explains Sinan Erbay, the university’s director of technology, operations.

Most of the computer labs on campus are open between 8.30 and 5.30 each day. At exam time they quickly got booked out leaving the university’s 80,000 Melbourne based students “having to compete for resources”.

That’s now changed following a major virtual desktop infrastructure project, which is being used by around 30,000 students on a day to day basis.

“Implementing such a solution has really given the power back to the student,” Erbay says.

Virtual Desktop Infrastructure (VDI) is when a user desktop is run inside a virtual machine that lives on a server in a datacenter, be it on premise or in the cloud.

RMIT did have a VDI solution, but it only offered around 20 applications. It was also struggling to meet the fluctuating demand from users, at different points in the semester.

From IT’s point of view, the roll-out has hugely simplified the management of end user devices.

“You’re not having to standardise on a particular operating system, and it reduces the time taken to deploy applications across your user community,” Erbay says.

It gives them the “flexibility to be able to burst into the cloud” Erbay says, when demand on the university’s on-premise servers gets too much.

“It’s dealing with the peaks. The unplanned capacity increases were quite constrictive. It’s given the elasticity of cloud based computing and that’s really driven the success of the platform being able to service those numbers on demand,” Erbay says.

For students and staff, the service boasts access to around 700 applications “so the sheer choice is there,” explains Erbay, “even more complex applications that require high graphical computational power are also being offered.”

There are only a few compute intensive applications that still need to be installed locally, while another 200 applications are going to be added to the service in the coming months.

Staff and students can also use any device they wish.

“Giving that flexibility back to students to be able to learn in their time and at their own pace is a significant win ultimately for the students,” Erbay added.

The step up in user numbers from the old VDI solution has been staggering, Erbay says.

“Nowhere near! What was a surprise to us was the ramp up of the service. Provide a great service and solution to the student community as well as staff and those numbers over the last 18 months have risen significantly. We were in the few thousand, definitely not double digit thousands,” he said.

“RMIT has demonstrated a very progressive approach in their use of public cloud to provide a highly scalable and elastic platform for delivering student services. This collaboration is a true testament to the amount of flexibility cloud services provides to end users,” said Safi Obeidullah, director, sales engineering, Citrix ANZ.