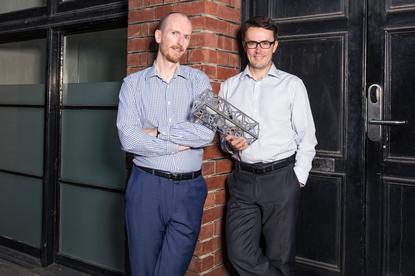 The roles will include highly skilled software and hardware developers, data networking and satellite communications professionals.

“Cartwright is one of several new appointments that has seen Myriota more than double in size since June, as Myriota heads towards 50 staff by 2020,” said Myriota CEO Dr Alex Grant.

The firm was founded in 2015 and offers an “ultra-low-cost satellite IoT service” underpinned by low-cost satellite transmitters (just 20mm by 32mm in size) that send low powered and small packet (24 Bytes) messages directly to a constellation of low-earth-orbit nanosatellites.

The satellites relay the messages to earth where they are decoded by cloud –based software and sent to the end user via standard APIs.

In September last year the company announced it would be developing a black box-style “fight recorder” for Australian soldiers on the battlefield in collaboration with wearable technology firm IMeasureU. It has also deployed its technology into water tanks at the University of New England in Armidale to monitor levels.

Myriota’s solution currently piggy-backs off of a constellation of satellites operated by Canadian company exactEarth. It plans to launch its own nanosatellites from later this year.

The firm this month moved into its new headquarters at Lot Fourteen, an innovation incubator being set up in the Women’s Health Centre building on the old Royal Adelaide Hospital site.

Cartwright joins Myriota as principal engineer, spacecraft and mission. He previously developed the Buccaneer satellite as part of a joint project between DST Group and the University of New South Wales.

The cubesat reached orbit via a NASA Delta 2 rocket from the Vandenberg Air Force Base in California in November last year.

Cartwright has also worked on a range of payloads and satellite missions, including Project Biarri – a cubesat mission to explore satellite formation flying and drag and lift forces – and Spacecraft for High Accuracy Radar Calibration (SHARC) which collects detailed positional measurements from space to help ground based radar networks improve their tracking.

“It is a transformational time for the space industry globally, and a very exciting industry for Australia; allowing us to compete at global scale. I look forward to bringing my global experience to work with the Myriota team in driving the expansion of our space segment, and solving the connectivity challenge faced by hundreds of millions of devices," Cartwright said.

The government’s Australian Space Agency was launched in July with a mission to “transform and grow a globally respected Australian space industry that lifts the broader economy and inspires and improves the lives of Australians”.

Australia’s states and territories have since been vying to be home to the agency. South Australia is pitching hard with state premier Steven Marshall in July saying the agency could set up at Lot Fourteen within six months.

South Australia is already home to around 70 space-related organisations, including Myriota competitor Fleet. New South Wales, is home to more than 40 per cent of Australia's space businesses, one in three of the nation's space industry jobs and the Parkes telescope, while Western Australia boasts the $1 billion Square Kilometre Array.