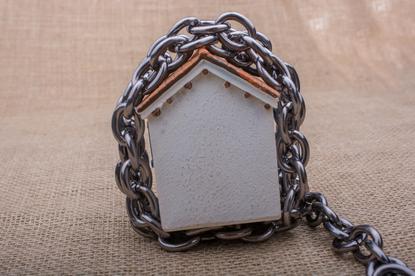 New South Wales Land Registry Services (NSW LRS) is working on a blockchain-based proof of concept for electronic property conveyancing, ahead of its commitment to fully digitise property transactions in the state by July next year.

The registry service, which was privatised by the Berejiklian government for $2.6 billion last year, is working with ChromaWay on the trial to make eConveyancing “cheaper, more reliable, and more secure”.

“Under blockchain models, the data in a registry will remain secure and immutable, while also being accessible and searchable. It will provide an incontrovertible chain of ownership. It also has potential to transform land planning and development processes with a simplified, more efficient approach that removes burdensome paper-based processes and duplicated work that is currently the norm,” ChromaWay said.

“Furthermore, it will provide a more complete and comprehensive view of land rights, restrictions, and responsibilities, which will streamline decision-making for government and land sector actors, provide increased information transparency, and reduce data duplication,” the company added.

NSW LRS is owned by a Hastings Funds Management led consortium, which includes First State Super and Utilities Trust Australia following its controversial sale last year. The organisation was this month found to have hiked fees by up to 1900 per cent.

The state set a deadline on July 1 next year for a complete transition to eConveyancing in NSW, after which all property transactions will have to be lodged electronically and all paper certificates of title will be cancelled.

The likes of Property Exchange Australia (PEXA), which offers the ability to settle property transactions online, are also hoping to capitalise on the switch. Late last week its directors reportedly opted to pursue an initial public offering for the company.

“By working with a well-recognised blockchain partner such as ChromaWay, NSW LRS will accelerate our learning and leverage proven approaches from implementations in Sweden, India, and other countries around the world. Obviously, any changes to NSW LRS core systems, and core and non-core services will need to be approved by the regulator/Office of the Registrar General,” he added.

ChromaWay was chosen as the technology provider for a long-term pilot organised by the Swedish land registry, Lantmäteriet in 2014. It has since established offices in Sydney, Tel Aviv, and Washington DC.

“The goal of the project is to provide hands-on experience with developing blockchain solutions and to let NSW LRS evaluate potential cyber security, efficiency increases, and service improvements. At the same time, through the project, LRS will gain a deeper understanding in how this emerging technology can contribute to the smoother functioning of local and national property markets," said Nicholas Delaveris, strategic advisor, ChromaWay Asia Pacific.