At the forefront of investments is OneSKY, a project that harmonises civil and military air traffic control in Australia on one system 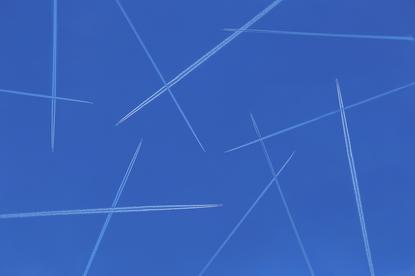 Airservices Australia has embraced innovation and heavily invested in technology in a bid to deliver safe, more efficient and innovative services, according to its newly released 2017-2018 Annual Report.

“Innovation through technology was a constant theme of the 2017-18 financial year for Airservices Australia,” according to chief executive officer Jason Harfield.

According to the report, Airservices Australia transitioned its corporate information technology services to a managed service secure cloud, considered the largest in Australian Government history. It also invested in OneSky, a project that harmonises civil and military air traffic control in Australia on one system.

“A global first, OneSKY will be the air traffic management platform of the future. It will unlock over a billion dollars of economic benefits for Australia, allowing us to more efficiently manage Australia’s airspace and safely cater for significant predicted traffic growth and airport infrastructure investment over the next decade,” Harfield said.

The multi-year timetable to deliver OneSKY is on track, with Airservices and the Department of Defence finalising the agreement during the financial year, the report noted.

“The aviation industry is changing rapidly and growing increasingly sophisticated. Airservices is focused on delivering customer value and achieving our service outcomes safely and more efficiently in this new environment,” Harfield said.

Airservices posted a $75 million net profit after tax with an 11 per cent increase in productivity on the previous year while maintaining its strong safety performance, with zero significant attributable safety occurrences.

Harfield said innovation through technology is a constant theme in its business to secure safety and customer value in such a rapidly changing and sophisticated environment.

“During the year we developed a concept of operations for long range air traffic flow management. This initiative will better integrate international flights into our network, resulting in less fuel burn and more predictable arrivals into major airports.

“We also made progress with the Airport Collaborative Decision Making initiative, which will harmonise operations across all major Australian airports to improve efficiency at and between those airports for the benefit of all travellers. We also recently transitioned our infrastructure as a service capability to a secure cloud – the biggest transition to cloud services in Australian Government history,” he said

Airservices Australia chairman John Weber agreed the aviation industry is in the midst of substantial change.

“Australian air traffic is steadily increasing, airport infrastructure investment is occurring faster than it has for some time and new technologies are transforming our industry. The opportunity to make a meaningful contribution to the safety and efficiency of the aviation industry during this period makes it an exciting time to be part of Airservices.

“The most significant achievement is no doubt laying the foundations for the harmonisation of civil and military air traffic management in Australia. The significance of OneSKY and the contribution it will make to the aviation industry and the nation cannot be underestimated,” Weber said.

In addition to OneSky, Airservices Australia optimised the use of technology to help make Australian skies safer, the report noted.

It took a number of steps including the delivery of a satellite-based precision approach capability in Melbourne with a ground-based augmentation system to assist the industry with fewer weather disruptions, more efficient descents, and improved airport capacity.

It established two automated dependent surveillance broadcast (ADS-B) receivers in the Browse Basin in Western Australia to increase the safety of operations supporting the local gas and oil industry.

Additionally, it finalised the rollout plan for additional ADS-B receivers to improve surveillance at 11 regional airports. It conducted a trial of satellite-based augmentation system technology in order to guide aircraft using advanced satellite positioning, and demonstrate the safety and efficiency benefits of precision approaches at regional aerodromes.

It also activated three additional sites on its weather camera portal to provide pilots with real-time access to information on weather conditions. The portal now monitors 17 aerodromes across the country, the report added.