‘The past year should be remembered as a milestone in the privacy landscape:’ Falk 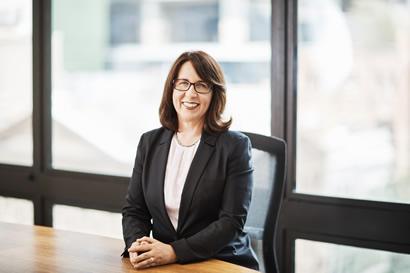 Sweeping changes to privacy regulations and heightened awareness of information handling and access issues have been the hallmarks of 2017–18, according to the recent annual report of the Office of the Australian Information Commissioner (OAIC).

Australian Information Commissioner and Privacy Commissioner Angelene Falk said the OAIC’s work has continued to enhance transparency and accountability for the community.

“Thirty years on from the introduction of the Privacy Act, the past year should also be remembered as a milestone in the privacy landscape,” Falk said in a statement.

“The OAIC has played a key role in implementing these changes, from implementing the Notifiable Data Breaches scheme to preparing agencies for the new Australian Government Agencies Privacy Code.

“Our annual report demonstrates the importance of the OAIC’s work in guiding organisations and the community through these reforms, which coincided with the start of the European Union’s General Data Protection Regulation.”

Falk said the OAIC would continue to adapt and respond to a changing data landscape in order to prevent, detect and remedy privacy and information access issues for the community.

“In 2017–18 we provided more advice across the community, government and the economy than ever before. This includes our ongoing engagement with initiatives such as the Consumer Data Right, credit reporting and the digital platforms inquiry, and targeted privacy assessments of government and business.

"We also initiated investigations in response to privacy incidents of significant community concern. We are focused on enabling data and information sharing to drive both innovation and public participation in government processes.

"This is underpinned by our work to promote better protection of personal information and proactive publishing of government-held information.”

Over the past year, Falk said OAIC has worked as part of the Open Government Forum to develop the 2018–20 Open Government National Action Plan and implement the 2016–18 Plan.

“We continue to provide practical tools, guidance and networks to support agencies’ freedom of information (FOI) functions and the management of government-held information as a national resource.”

Additionally, the report noted OAIC made a number of notable moves during 2017-2018 including: drafting 29 submissions on legislative proposals and other issues such as open banking and privacy in the digital age; and conducting 21 privacy assessments in areas such as identity verification, telecommunications, digital health and government.

The OAIC is an independent statutory agency with a range of regulatory responsibilities and powers under the Australian Information Commissioner Act 2010, the Privacy Act 1988 and the Freedom of Information Act 1982.