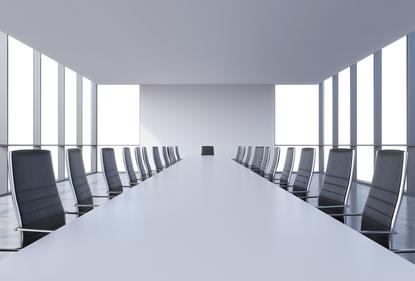 Almost nine out of every ten CIOs in Australia have ambitions to become the CEO or managing director of their company, a survey by recruiter Robert Half has found.

Some 87 per cent of the 160 CIOs questioned in the survey were motivated to become chief executives, despite the relatively low number of ASX 200 CEOs having come from technology backgrounds.

While only eight per cent of ASX 200 CEOs have direct technology experience, 39 per cent of technology leaders believe CIOs and CTOs to be “the main contenders” for the top job.

That figure compares with 25 per cent of those surveyed thinking the chief financial officer was next in line for the CEO role, and nine per cent who believe the chief operations officer to be.

A background in finance or accounting remains the most common route to the CEO role among ASX listed companies however; among them the likes of ANZ’s Shayne Elliott and Telstra’s Andy Penn.

The annual Robert Half CEO Tracker almost half (47 per cent) of chief executive have financial experience, but the proportion is down from 50 per cent in 2017.

The drop “suggests that more companies are considering diverse skillsets that can be applied to changing business dynamics, such as technological acumen,” the recruiter said

“While delivering unique business insights from a financially strategic viewpoint remains a highly valuable skillset, having a background in finance is no longer the only path to achieving this objective,” David Jones, senior managing director of Robert Half Asia Pacific said.

“Today, strategic business decisions are more often than not driven by technology and innovation. Business leaders who want to climb the corporate ladder increasingly understand the importance digitisation has in shaping the future direction of the organisation, highlighting the need for executives to embrace, understand and develop technological acumen,” Jones added.

CIOs wanting to take a step up within their companies can also take heart from the fact 60 per cent of ASX 200 CEOs were promoted from within.

When asked what actions they needed to take to reach the next stage in their career, around half (53 per cent) of Australia’s CIOs said they “need to increase their expertise in how the departments can drive business growth/sales”.

A similar number (48 per cent) mentioned “developing a better understanding of internal business functions other than IT”. Of those surveyed, 43 per cent said they needed to improve their business acumen and 33 per cent sought experience in another part of the organisation.

“Many CIOs have the capacity to position themselves as game-changers within their organisation, as the role of technology has increased dramatically in the wider business context,” Jones said.

“Successful CIOs who are aiming for the top job combine their technical know-how with business knowledge. They understand the need to build partnerships across the organisation, not just for their future career success, but also to help generate business value from key digital initiatives,” he added.