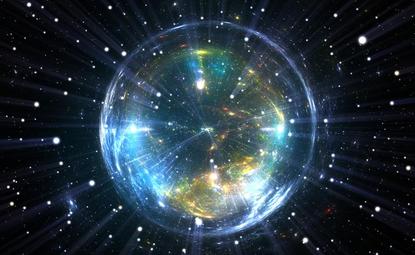 Microsoft has announced it is partnering with startup QxBranch – whose software development team is based in Adelaide – in a bid to ‘drive the quantum computing industry forward’.

QxBranch, which builds applications for near-term quantum computers, was named as one of 14 firms globally to be included in the collaboration effort.

“Building and deploying scalable quantum computers will require a community of dedicated partners to advance quantum computing, develop practical applications, and build the quantum workforce of the future. That’s why today we’re announcing partnerships with some of the world’s leading startup talent in quantum software and algorithm development.,” Microsoft’s quantum team said in an announcement at the Quantum for Business conference in Mountain View, California.

The cohort will be given direct access to Microsoft’s quantum computing scientists and engineers the company said, as well as “deeper access” to its quantum related software, tools, and libraries such as the Quantum Development Kit, previewed in December last year.

“These collaborations will be crucial in building the emerging quantum economy and developing a skilled quantum workforce. They represent an important step in our mission to deliver a robust, scalable quantum computer that will take on the toughest challenges we collectively face as a society,” Microsoft added.

QxBranch is being courted by all the major players in quantum computing. The firm in September was named among a small number of startups forming partnerships with quantum circuit maker and cloud platform provider Rigetti. In the deal, QxBranch gained access to Rigetti’s Quantum Cloud Services (QCS) through dedicated Quantum Machine Images (QMI).

The Rigetti partnership will allow QxBranch to “build and distribute applications as part of QCS to reach the broader quantum computing community” the startup said at the time.

It is also one of a small group of start-ups within IBM’s Q Network quantum computing network (alongside Sydney’s Q-CTRL), benefiting from greater access to Big Blue’s quantum hardware and software.

“This new collaboration with Microsoft is very exciting for QxBranch because it provides us with priority access to some of the best quantum computing resources available in the world. We will be able to accelerate software development for practical quantum computing applications with our customers by working with in direct consultation with Microsoft’s top researchers and engineers,” QxBranch CEO, Michael Brett told CIO Australia.

"We are exploring how quantum computing may improve performance for tough machine learning and optimisation problems, particularly in finance, energy, and pharmaceutical production. Deeper access to Microsoft’s advanced quantum software, tools, and libraries will allow us to tune these applications to a higher degree,” he added.

QxBranch, which is headquartered in Washington DC, last year built a quantum computer simulator for Commonwealth Bank of Australia, modelled on hardware being developed by UNSW. Earlier this year the company announced the close of a $4.1 million USD Series A funding round.

Microsoft’s quantum effort has long established links with Australia. After the company reached what it called an 'inflection point' in its research, in 2016 it launched a lab at the Quantum Nanoscience Laboratory at the University of Sydney.

The work there relates to the interface between quantum systems and their specialised classical control and readout hardware. The lab is led by Professor David Reilly.

“Why are they now switching on? How much should I read into that?” Reilly told Computerworld last year. “I think you can read plenty into that.”