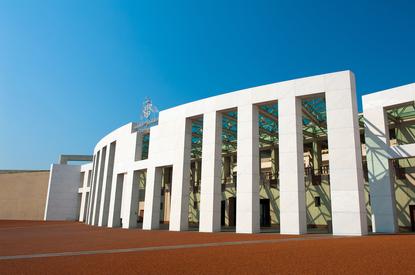 The 52-page document – entitled Australia’s Tech Future – details “how Australians can work together to deliver a strong, safe and inclusive economy, boosted by digital technology” the government said.

“We are already well on the way – Australian businesses are improving productivity by adopting and adapting new technologies, such as autonomous systems, robotics and remote sensors,” said industry, science and technology minister Karen Andrews in a statement today.

The strategy is first to be released by the Coalition government. The former Labor government released a National Digital Economy Strategy in 2011 which set the goal of Australia becoming “a leading digital economy” by 2020. It was last revised in 2013.

The new document was due to be released at the beginning of this year.

For its part in 'maximising the benefits' of the digital economy the government says it will ensure education and training meets current and future needs; facilitate investment in enabling digital infrastructure; help businesses take advantage of digital opportunities; improve access to data in a secure way; improve trust, confidence and security around digital activities; ensure regulatory frameworks are fit-for-purpose; deliver digital government services; and champion an open, free and secure cyberspace internationally.

Much of the heavy lifting of those aims have been laid in previously announced strategies, such as the Vision 2025 government digital transformation strategy which launched in November and May’s Small Business Digital Taskforce.

The benefits of local companies embracing ‘digital innovation’ was detailed in a September report from AlphaBeta, commissioned by CSIRO’s Data61 group.

A number of the government’s commitments could be considered at odds with recent policies – such as the passing of the Telecommunications and Other Legislation Amendment (Assistance and Access) Bill 2018 which a multitude of experts and industry heads said would undermine cyber security, hit jobs and “profoundly undermine” the reputation of Australian businesses in international markets.

There are few new firm proposals noted in the strategy, which instead touts 150 existing programs, policies and strategies from the last few years. The majority of commitments are of the ‘continue to work closely with’ and ‘maintain our focus’ variety.

“We need to maximise opportunities from digital technology across Australia and this report identifies key areas to focus on,” Andrews said.

“To reap the benefits that new technologies provide and make sure no-one is left behind we must work together. The Government will continue to engage with all Australians to ensure we are forward looking but also flexible and responsive as new opportunities and challenges arise,” she added.

Earlier this year Labor criticised the government for its piecemeal and lacklustre approach to developing a digital economy strategy.

When it comes to its digital transformation efforts, the government “has botched just about every big digital program it’s touched,” Shadow communications minister Michelle Rowland told a Sydney conference in July.

“The so-called innovation prime minister can’t get an online Census to work properly, let alone the MyGov portal,” she added at the time.