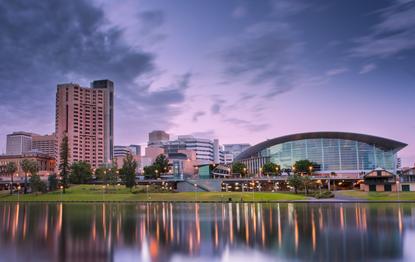 Dollar – who was named as one of Australia’s top CIOs in the CIO50 awards late last year –announced he was leaving his role as the most senior IT position within the NT Government in an email to staff last Monday.

SA DHS confirmed today he was joining the organisation, to oversee its Business Technology directorate and take responsibility for its ICT strategy, programs and products, including online digital services and IT security. He’ll lead around 40 full time employees.

“I’m looking forward to joining a growing and truly innovative digital ecosystem at a very exciting time in South Australia. DHS has an incredibly broad portfolio that is completely different to where I have been working in the NT. It will be great to work with a department that has such a huge impact on the daily lives of many South Australians,” Dollar told Computerworld.

“ICT is about enabling users to achieve their goals so my aim on day one in the role will be to learn as much as I can about what people do and how they do it,” he added.

During his just under four year stint at the NT’s DPIR, Dollar oversaw a roll-out of Office 365 and Azure as well as a project to provide LoRaWAN network capability to remote areas. He also collaborated Microsoft on the use of facial recognition technology and machine learning techniques, to monitor fish stocks in protected reef areas.

The DHS CIO position, which reports to chief financial officer Andrew Thompson, was previously filled by a temporary contractor, the department said.

“As the role was currently being filled on a temporary basis, the department welcomed the opportunity to have such an experienced IT executive join DHS as its CIO,” a DHS spokesperson said.

Previous permanent DHS CIO Trent McGee, left the department – which changed its name from Department of Communities and Social Inclusion in May last year – to act in the role of CIO for SA’s Department of the Premier and Cabinet (DPC). The DPC CIO position needed filling following the shock sacking of CIO Veronica Theriault in September 2017.

The SA DPC terminated Theriault’s contract after questions were raised over the accuracy of her CV and the employment of Alan Corkill, her brother, as an IT contractor at the department.

Dollar’s last day at DPIR will be January 25. He commences at SA DHS on January 29.