All about Google Fi

Google's foray into cellular networking, as an MVNO reselling wireless access, allows it to offer service that can undercut bigger rivals like AT&T and Verizon. Here's an explainer on what Google Fi is and does. 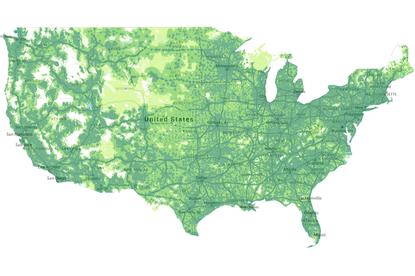 Just this week, Google announced that Google Fi was getting a few new features: Rich Communications Services for messaging and faster international speeds, which bring it closer to the offerings of providers like AT&T, Version and Sprint. (Google essentially piggybacks on the cell towers and networks of other carriers, making it a Mobile Virtual Network Operator, MVNO.)

All of which begs the question: What is Google up to with Fi, and why should smartphone owners care? Computerworld blogger JR Raphael has the goods, and in this episode he detailed what the service does and who it's for. Getting the goods: Computerworld Executive Editor Ken Mingis, who happens to use AT&T and wondered whether – as an iPhone user – Fi might be an option for him, too.

Turns out, it might, although some of the features Fi offers don't carry over to the iPhone. You're better off with something like a Google Pixel (natch).

For an audio-only version of this episode, click play (or catch up on all earlier episodes) below. Or you can find us on iTunes or Pocket Casts, where you can download each episode and listen at your leisure.

Happy listening, and please, send feedback or suggestions for future topics to us. We'd love to hear from you.