DTA’s blockchain discovery: Focus on the problem, not the tech 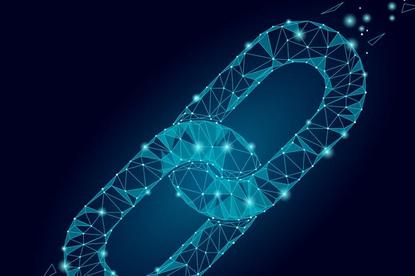 The Digital Transformation Agency (DTA) has published the findings of its $700,000 research program to examine the potential of blockchain and distributed ledger technology (DLT) in government.

The DTA concludes that agencies should “focus on the problem they are facing before applying any solution, including blockchain”. It also noted the multitude of weaknesses in the emerging technology.

“Our team found that blockchain is still an emerging technology and, when applied to various pilots or considered against alternative technologies, gaps become evident across both the technical and business facets of its implementation,” the agency wrote in guidance to government agencies today.

“We recommend agencies considering technical solutions focus on addressing the needs of users and explore solutions to meet that need,” it added.

The investigation – earmarked in last year’s budget, but met from within the DTA’s existing resources – came to the much the same findings as the US National Institute for Standards and Technology, which issued its Blockchain Technology Overview in October last year, and Gartner, the DTA said.

“…the technology is not well understood. It is not magical; it will not solve all problems. As with all new technology, there is a tendency to want to apply it to every sector in every way imaginable,” the NIST wrote.

Gartner recommends firms wait for the technology to evolve, research fellow David Furlonger, telling an audience of CIOs in November that: "It's still not appropriate for the vast majority of enterprises to consider blockchain technology at its current level of maturity".

The DTA highlighted issues with blockchain around governance and ownership, trust, encryption and access, and correcting errors.

“Agencies should objectively compare blockchain solutions to alternative technologies when solving business problems. The limitations of blockchain should be carefully weighed against any unique benefits provided by a blockchain-specific solution for government,” the DTA said.

“Agencies should focus on the problems they need to solve, rather than start from a specific technology solution,” it added.

The sentiment of the guidance was foreshadowed by the government’s chief digital officer, Peter Alexander at a Senate Estimates hearing in October, who said “for almost every use of blockchain you would consider today there is a better technology” — such as databases and APIs.

"Blockchain transactions can support services for payments, escrow, notarisation, voting, registration, and process coordination. These are key in the operation of government and industry," one of the reports, Risks and opportunities for systems using blockchain and smart contracts, said.

Despite considerable hype around the technology a Gartner survey published last year revealed fewer than one per cent of CIOs globally have invested in or deployed any kind of blockchain-based solution within their organisations.

The survey of 3138 CIOs – including 113 in Australia and New Zealand – found adoption of distributed ledger technology to be almost non-existent, although eight per cent indicated they were at a ‘pilot execution’ stage.