Australia ‘asleep at the wheel’ in autonomous vehicle race 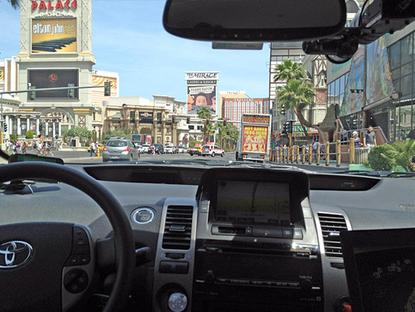 Australia’s recent fall from 14th to 15th position in the 2019 Autonomous Vehicle Readiness Index is “unacceptable and should sound alarm bells”, according to the nation’s peak driverless vehicle industry collective.

The Australia and New Zealand International Driverless Vehicle Initiative (ADVI) said the country needs to take a much closer look at what other countries are doing to achieve higher rankings and get the nation moving back in the right direction.

ADVI executive director, Rita Excell, said with the connected and autonomous vehicle (AV) industry now globally recognised as the ‘new economy’, sitting on the sidelines waiting for an economic boom to come to Australia is likely to see further slipping behind the rest of the world and important economic and safety opportunities missed.

“In a short space of time Australia has gone from being on the international radar as a leader, to a country that risks being marginalised as it slips further into AV obscurity. Now is the time for leadership and positive action to address these concerns,” she said.

According to ADVI, Australia needs to broaden well beyond the current focus on short-term driverless shuttle deployments.

“In the US, it is now a decade since Google first launched its self-driving car project. In late 2018, we saw Waymo officially start its commercial deployment of a self-driving car service in Phoenix. Smaller start-ups like May Mobility and Drive.ai have moved beyond deployment trials and are now running revenue-generating shuttle services,” Excell said.

Excell said the AV technology is the “21st-century gold rush,” with an industry estimated to add $7 trillion to the global economy and potential to save many lives in coming decades.

“If Australia stays asleep at the wheel for much longer we can wave goodbye to securing our fair share of that prize on offer. We have already seen the end of vehicle manufacturing in this country, and the fast-moving AV tech sector can go a long way to filling that gap left behind – but Australia must stop sitting on its hands and waiting for others to first make a move,” Excell continued.

She suggested Australia look beyond the US and UK and have a more meaningful look at the significant developments in Singapore, for example, which has emerged as second in world and first in Asia in its readiness to adopt driverless cars.

A recent report by KPMG International found Singapore as the top-ranking country in terms of policy and consumer acceptance, and second in infrastructure. In 2017, it hatched the Centre of Excellence for Testing & Research of Autonomous Vehicles at Nanyang Technological University as a technology test bed.