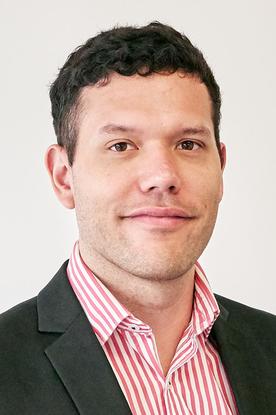 By 2022, the chief digital officer (CDO) title will be in decline, as digital will have become fully embedded into business, while the CDO's responsibility is spread across the executive team, predicts IDC A/NZ market analyst Sean Ashari.

Discussing his bold predictions with CIO Australia, Ashari said the executives that lead digital growth will have a high probability of jumping up to the CEO level to grow the company in that direction. At the same time, he also predicts more than 40 per cent of CEOs will have spent part of their careers leading digital initiatives by 2022.

“While the CDO role has become more common amongst Australian organisations over the last few years, when forecasting into the future, one can see digital becoming more and more embedded into the business,” he told CIO Australia.

“With this in mind, the need for a single CDO role will decrease, as a result of senior leadership having gained experience leading digital initiatives,” he said.

Looking forward, between now and 2022, he said it’s very likely that a portion of Australian organisations will create new significant revenue streams from digital innovation.

“For organisations, where this new digitally derived revenue stream is the main revenue growth focus, it doesn’t take too much imagination to see that the executives that lead this digital growth, have a high probability of jumping up to the CEO level to grow the company in that direction.

“Once digital is embedded into each segment of the business, multiple digital leaders will emerge, all working towards executing that digital road map, in this case the CDO position is not required as the CDO responsibilities can be shared throughout the executive team.”

“It was misleading to build up the CDO as the must have career path to becoming the future CEO, instead it should be noted that any executive with experience in leading digital transformation initiatives will be very attractive to fill CEO positions in organisations that are undergoing major digital transformation activity.”

Asked what this will mean for the CIO role - and whether the CIO will take on the CDO duties - Ashari said there are many Australian organisations where the CIO already takes on the CDO responsibilities.

“There are also organisations where the CIO and CDO positions are separate (leading organisations have clear separation of responsibilities), where the CIO is responsible for servicing the operational ICT needs of the organisation, and the CDO is responsible for driving digital transformation (strategy/roadmaps/capabilities) that increase the digital capability of line of business (LOB) departments, increasing efficiency or revenue, or creating entirely new revenue sources.” So what does all of this mean? Can all CIOs take on CDO responsibilities?

“It depends on the innovation/open mindedness that those individuals bring, and the complexity of the ICT requirements of the organisation; if the answer is poor innovation and high complexity in ICT, then it’s unlikely,” he explained.

“As with all positions in senior leadership roles, there are always politics and sometimes the CDO reports to the CIO, and while I haven’t come across an example where the CIO reports to the CDO yet, that doesn’t eliminate this possibility.”

Confidently, Ashari said the decline of the CDO is good news for the CIO community.

“I would say yes, if a CIO has shown the capability to be able to lead digital initiatives in the multidisciplinary environment of their organisation, understanding user journeys that they might not necessarily has experience with, and producing results in terms of efficiency or revenue growth, I would say that a CIO can become the CDO, and, if highly successful, can become the digital CEO that organisation needs to grow.”

So how should companies prepare for the shift? Ashari said companies should digitally transform by following sound transformation practices, such as creating a digital road map, ensuring alignment between all internal and external stakeholders, allocating budget to pilot digital innovations, obtaining digital skills, and adopting latest management practices such as agile.

The advice comes at a time when Australian companies are in the midst of starting or implementing a digital transformation roadmap, and under immense pressure to execute a successful DX strategy.

For example, in the 2018 IDC DX Executive Sentiment survey, only 37 per cent of Australian organisations stated that they have a DX road map and a further 60 per cent said they will be creating one in less than 24 months.

“I want to emphasise that this is a team game, the CEO will need to build boardroom DX expertise to be successful digitally. With the single CDO position gone, the CDO responsibilities are spread throughout the executive team.

“When the organisations growth is dependent on digital initiatives, the ultimate responsibility will still fall onto the digital transformation experienced CEO. Kind of like how for Microsoft, their cloud services are now their main source of growth, and coincidentally CEO Satya Nadella also previously has led the cloud business - his experience must be very useful to grow Microsoft in that direction.”

Discussing again the idea of CDOs becoming CEOs, he said expect big things to come in the future. “I would say that today, a very small amount of CDOs have become CEOs, but in the future this should grow.”