Google’s control of data and the ad tech market “puts publishers at a persistent and structural disadvantage,” Oracle argues 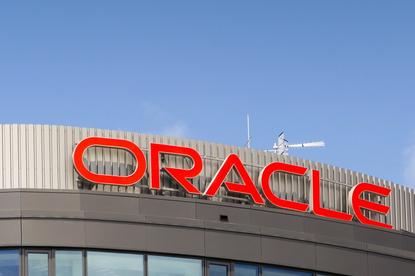 Oracle has used the Australian Competition and Consumer Commission’s inquiry into the impact of major digital platforms on the Australian media landscape to assail Google over its dominance of online advertising.

The ACCC in December released a draft report from its inquiry, which focused in particular on the impact of Google and Facebook. The competition regulator has revealed that at least five investigations have been launched as a result of its work.

The ACCC’s preliminary recommendations would represent a major shakeup of the digital landscape; for example, forcing Google to offer a choice of browsers and search engines on Android devices.

The ACCC recently published the submissions it received in response to a 2018 issues paper. Among them are two from Oracle, both dedicated to attacking Google. One focuses on the collection of location data through Android.

In it, Oracle claims (PDF) that Google makes it “extremely difficult” to turn location-related services off in Android. Contrary to the Android-maker’s claims, Google Location Services are effectively “opt-out” on the mobile platform, Oracle argues.

A second submission from Oracle (PDF) appears to be an 89-page PowerPoint presentation that argues Google “controls the advertising ecosystem through its dominant ‘ad tech’ stack” and that Android is a “data collection ‘service,’ not a mobile OS”.

“Augmenting its data scale and diversity advantage insulates Google from competition in advertising and other services, [and] increases its market shares and profitability,” Oracle argues.

“Google’s control of both the data and the ad tech market puts publishers at a persistent and structural disadvantage.”

Oracle warned that Google was set to extend its desktop and mobile dominance to the “third screen” — with television being “Google’s last growth ad market”.

According to figures compiled by the ACCC, every month around 19 million Australians use Google Search, and 17 million watch videos on YouTube (which is owned by Google). Some 17 million access Facebook, and 11 million use Instagram.

Google has already publicly begun pushing back against one of the major preliminary recommendations made by the ACCC, that the government create an ‘algorithm’ cop to address the lack of transparency of digital companies over ranking and the risk that they may favour their own services in search results, for example.