Assessing employees and teams for remote readiness, with eyes on broader talent pool and skilled millenials 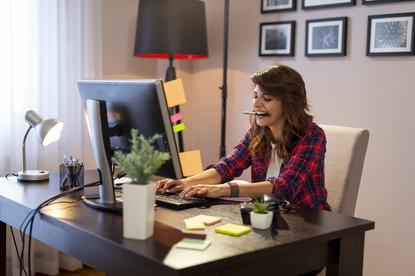 Atlassian has begun an Australia-wide assessment of its employees to gauge their suitability for remote working.

The move comes in response to an internal survey which found 95 per cent of staff would be keen to change the way they work if it meant they could work from home more often.

“We know that this is the future of work and our employees have caught on to that so there’s a growing demand for this inside our company,” says Atlassian’s head of talent Bek Chee.

The assessment questions are focused less on the individual and more the team they are part of, and cover four areas: configuration (e.g. how many roles are on the team? Is it cross functional?); operations (what collaboration tools are in use?); communication and team health.

“You get an overall assessment of – hey your team’s ready to lean in to remote, you’ve got a lot of the practices down and you’ve got a lot of people and roles that are ready to go into remote. In other cases we’d say – not quite ready yet, you need to beef up your practices, or there are some teams that are just not suited for remote work and we need to call that out when we find it,” Chee explains.

“Assuming all those check-boxes go then absolutely we want to promote people to work remotely,” she adds.

Those making the move toward remote working – be it for most of the time or a few days a month – will be provided with guidance and ‘hacks’ to help them do so, including a design kit suggesting how to set up a desk and workspace at home.

“Little things perhaps you don’t think about …but they’re really worth it in the end if it makes you feel more part of the team,” Chee says.

“We’re not going to ship lunch to you every day. [But] we really care about the experience. So we’re looking to enhance the at home experience for somebody in ways that as best as possible can make them feel some of the good stuff you feel in the office,” she adds.

The company hopes the effort will appeal to its more than 1,000 Sydney-based staff, and give it access to a broader, and potentially cheaper, talent pool.

“We’re growing really fast – we’re really fortunate as a company – and one of our biggest challenges is recruiting… This is an approach for us to expand the talent pool right the way across Australia and to do it in a way that really matches Atlassian’s values, which is to allow people to harmonise both their personal and professional lives,” she adds.

Earlier this year Atlassian recruited externally for its first fully remote team in Australia – a Jira service desk team – and found it got 25 per cent more interest than for alike roles based in its Sydney office.

Chee said the move will show people a career in technology is viable without “necessarily having to move to Sydney”.

The skills crisis affecting the technology industry locally, even big names like Atlassian, is also front of mind.

Flexible working is ranked as the third most important factor in Australian millennial workers’ loyalty to a company, the Deloitte Millennial Survey 2018 found, after culture and pay. Other research has found up to three quarters favour a workplace that offers flexible working when considering a role.

“The reality is millennials are the largest workforce now, the number one thing that they’re asking for is flexibility so we know that the trend is moving in that direction,” Chee says.

Although there are many benefits to remote working – research indicates telecommuters work the equivalent of an additional day per week compared to their office-bound colleagues – it is not without risks, both to the company and individuals.

Despite initially encouraging remote working, Yahoo famously banned employees working from home; IBM Australia last year called on workers to spend more time in the office; and a few years ago Reddit reversed its home-working policy with then CEO Yishan Wong saying the “separation has kept us from effectively being able to coordinate as well as we needed to”.

Google has long had an anti-remote working stance, executive Jonathan Rosenberg once saying the approach “just doesn’t work very well” as developers “need to be serendipitously bumping into their coworkers”.

“We’ve watched other companies go aggressively at remote and in some cases they’ve had to peel back their efforts,” Chee says.

“That’s probably the worst case scenario; we don’t want to be in that position. We want to take a crawl, walk, run approach and really be thoughtful. Employees are super eager but they also don’t want the whole company to move in a direction that would affect the teamwork,” she adds.

The company is also keen to avoid some of the personal problems remote workers face, including isolation and increased stress levels.

“There are issues for some people if they are working from home in terms of burn out, a sense of isolation. We see that and that’s a threat to it working well for somebody, so there’s lots of different things we have in our practices and playbook we’re working on to help a team and individual make sure that’s not happening,” Chee says.

Remote working is on the rise in Australia, an International Workplace Group (IWG) study finding almost 70 per cent of Australians work remotely each week, in keeping with global trends.

With its latest initiative, Atlassian is hoping to “learn a lot” about remote working and how its collaboration and workflow tools – including Jira, Confluence and Trello (which it acquired in 2017) – can enable it.

“We’re looking at how we leverage our tools, and other tools we use, to help facilitate that connection, that’s an exciting space for us,” Chee says.

Asked whether the effort would result in new enterprise software tools, Chee says it was too early to say.

“You can get excited eyes about it of course,” she adds.

Chee works every Monday and Friday from home and has some “cool fun hacks” for others.

Many remote working Atlassian staff dial-in to a video conference and publish their status on Slack for people to dip in for an informal chat, creating a kind of virtual water cooler.

“You just get on the line and people dial in and say hi,” Chee says.

She adds that it’s more important when working remotely to document your activities.

Bosses should be made aware too, so that you have “the ability to be anxiety free and know your manager and team is totally cool with you working one day a week at home because of how that helps you,” Chee says.

For those that go to the office less frequently, Chee recommends maximising the social element of visits.

“Make sure you get dedicated time in person at intervals through the year, where you can focus that time on connection and bonding,” she says.

“There’s no point in flying all the way into the city to spend seven days in a conference room just doing what you could do virtually. So you really want to take advantage of the time and make that be a social experience and create trust.”

Another tip is to simple “just go outside” once in a while, Chee says.

“Go outside, check your mail, walk around for a minute and take a fresh air break,” she adds.