“Where there is a need to legislate, we will not hesitate,” says Communications Minister 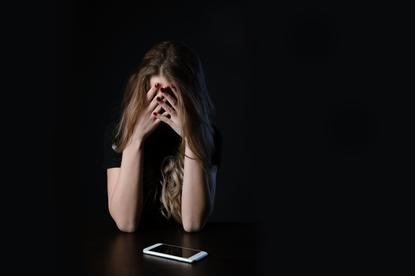 Attorney-General Christian Porter says the case made today by social media companies against a legislative response to the live streaming of criminal offending was “thoroughly underwhelming”.

Executives from the likes of Facebook and Youtube entered talks with the government today in Brisbane, to discuss responses to violent offences being broadcast on their platforms, as was the case in the Christchurch mosques massacre earlier this month.

“It is impossible to understate the consequence and significance of that issue of a social media platform used by a terrorist perpetrator to spread terror, violence, to spread their crazed and fanatical message and this was an opportunity to dissuade government from a view that legislation may be needed to deal with emergent issue,” Porter said immediately after the meeting.

The social media companies’ responses were, however, “thoroughly underwhelming” Porter said, adding, “there was unfortunately nothing in that room that would discourage the government from looking at a legislative solution”.

According to Facebook, the livestream of the Christchurch gunman’s headcam was viewed fewer than 200 times during the broadcast, and about 4000 times in total before being removed. But users shared and reuploaded the video to the platform: Facebook said it had removed 1.5 million videos of the attack globally, 1.2 million of them at upload.

Youtube said last week it had removed “tens of thousands of videos and terminated hundreds of accounts created to promote or glorify the shooter” and had been working “around the clock’ to rid the platform of the footage.

“The time that it took Facebook to act with respect to the Christchurch events was totally unreasonable,” Porter said.

It was reported that Facebook’s head of cybersecurity policy Nathaniel Gleicher, counter-terrorism expert Gullnaz Baig and Australia and New Zealand policy chief Mia Garlick were among those in attendance at the meeting. Attendees from Twitter were public policy directors Kathleen Reen and Kara Hinesley.

Communications Minister Mitch Fifield confirmed today that major Australian ISPs were also at the talks. Earlier this week Telstra, Vodafone and Optus blocked a number of sites they said weren’t acting to remove footage of Friday’s terror attack in Christchurch.

Fifield said the government would be establishing a taskforce with representatives from the social media giants and ISPs, to look at “short and medium-term responses” to the issue.

“What we want is practical measures to see this material identified more quickly, taken down more quickly, and to see greater transparency with the digital platforms when it comes to their responses to conveying terrorist material,” Fifield said.

While the preference was to “work co-operatively”, Fifield added “where there is a need to legislate, we will not hesitate”.

Questioned about the difficulty of regulating companies based overseas, Porter said that wasn’t a reason not to try.

“The fact a company is based in San Francisco or Russia or where ever it might be, and it allows in a totally unreasonable way the live-streaming of an incredibly serious criminal offence – the fact that might be difficult to police, shouldn't stop the Government trying to make it unlawful,” he said.

“We cannot simply sit back and accept that these platforms just exist and that what is said on them is not the responsibility of the place where they are published. They are the publisher. Not just the postman. There cannot be a case of all profit, no responsibility,” she said.