Companies not deterred by bumpy journey to cloud services

Spending rises but transition to cloud can be complex 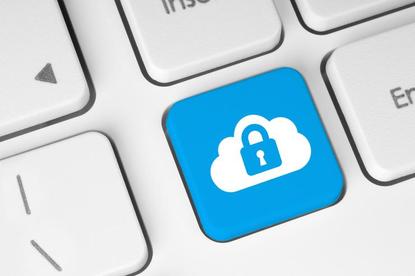 Australian organisations will spend $1.2 billion by 2022 on IaaS offerings, a jump from $688 million last year, according to Telsyte research.

The Telsyte Australian Cloud Market Study 2019 found 84 per cent of organisations surveyed have a strategic approach to cloud computing and one in four (24 percent) have mature practices that are able to move workloads from on-premises to cloud.

The strong spending is in line with local organisations' intentions to increase total IT budgets with an average increase of six per cent expected in 2019, up from close to five per cent in 2018. The main driver for IT budget growth is digital transformation, of which cloud computing is a key enabling technology.

While businesses see great benefits from deploying cloud services, they warn that IT decision makers must be able to help different departments transition to the cloud and manage staff expectations. According to some local businesses, they are working with legacy systems that date back 30 years and staff that are ingrained in their processes.

During a roundtable held by DXC Red Rock this week, ClearView Wealth head of business planning and analysis, Dylan Han said the organisation was only eight years old but had its roots with MBF Life and NRMA Life, leaving it with systems that are about 30 years old.

“We moved to the cloud because out PeopleSoft [platform] was reaching end of life,” he said. “We don’t really have a strong IT infrastructure team to keep up [services running so we] moved it to the cloud. We also never upgraded PeopleSoft, which meant we were seven years behind the curve.”

Han said it made sense for ClearView to move to the cloud but the journey was very difficult.

“We've got some old systems, which meant our IT support and all that worked in that very old way… on premise and you've got to make the changes and customise your system to match your business process,” he said.

“Whereas when we moved to the cloud – Oracle product, I think the key difference for finance and also reeducating IT culture [was] to change our business processes to match the system best practices.”

Two-and-a-half years since initially moving to an Oracle cloud product, Han said his team have slowly bolted on and enhanced more functionality over time, including workflow and approvals for invoices.

“My key takeaway of the benefits of the cloud -- there's the little bits of functionalities, that [allow] you [to] do things better and whatnot. But I don't think that's the main thing.” Han said.

"You can save an accounts payable person half an hour a day [but] where are the real savings in that? Culturally, everyone feels like data should be visible and open to everyone, and should be reported in a very timely manner. And the cloud journey, I suppose, helped us with that.”

“Landcom looked to the cloud to replace bespoke systems that took 17 years to develop and were very convoluted and people didn't know how to work them,” she said. “We actually had a false where we went and did a 'down select' process with another SaaS solution. During that process, we learned what we needed to know to go forward.”

Hutcheson said Landcom learned during that period it was really important to know an organisation’s processes. She believed businesses need to have thought about streamlining and staggering an implementation, particularly when they’re small as moving across to a new platform can take some time.

After returning to the 'drawing board' Hutcheson said, Landcom chose M-Power Solutions, which was acquired by DXC Red Rock, to do the planning, budgeting and service implementation using Oracle’s Planning and Budgeting Cloud solution (PBCS).

“We learned a lot of lessons in this whole process,” she said. “We had a very old traditional finance function. There was a lot of change in that process and we had to make sure that they [finance staff] could absorb that change.”

According to Hutcheson, the primary benefit that Landcom gets from the system is in the forecasting tool that it had to implement, which it did quickly by narrowing the scope in the beginning. Landcom was able to put all of its financial, project, workforce and financial reporting into PBCS with all of the planning and reporting in one spot.

The biggest challenge for the finance department is learning how to “take advantage of this technology," said Hutcheson.

“It makes finance that much better partner,” she said. “But they have to be able to use the tool, it will definitely help in getting better insights into the business and management of the risks.”

Winn joined Blackmores three years ago when 95 per cent of its infrastructure was on premise. Since then, this infrastructure, which includes Oracle human resource management, enterprise performance management and JD Edwards applications, is in the cloud. Corporate backend systems are also running in Microsoft Azure.

“The change management piece is something not to be underestimated,” he said. “I think particularly when you are deploying enterprise platforms across multiple countries and cultures you need to really take those nuances into consideration quite heavily.”

The big piece for Blackmores is the Oracle ERP, which sits up in Asia, and will be the big growth piece for the organisation over the next 10 to 15 years. Winn said Blackmores has gone from a $100 million company to a one billion dollar company in the last five years with significant growth coming from China.

Winn said Blackmores was previously running bespoke financial platforms across the region but will now, for the first time in the company's history, the company will have a consolidated view of its financials.

“When you use enterprise platforms across multiple countries and multiple cultures, you need to really take nuances into consideration quite heavily.”

Winn said the challenge for Blackmores is being able to go into different countries deploy common processes across their businesses. People must be able to understand what that means, he said.

"You've got to embed yourself up into those regions and really actively bring them along, help them understand the platform; why you're doing what you're doing and how you're going to get there,” Winn said.

This ensures managers in each country support those platforms when they go live, he said.