Revenue grew by 73 per cent, but to what? 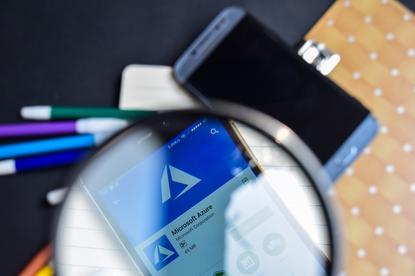 “Leading organisations of every size in every industry trust the Microsoft cloud,” said Satya Nadella, CEO of Microsoft in a Q3 results call last week.

Azure is used by 95 per cent of Fortune 500 businesses, the company says, and Azure revenues have grown by 73 per cent in the last year.

But what that means in dollar terms is hard to determine. That’s because Microsoft doesn’t break out Azure revenue figures, and instead bundles them in with its ‘Intelligent Cloud’ category which includes other cloud- and server-based products.

“We actually don’t break out the Azure numbers because in particular we have always viewed this category as, it is a hybrid category. It’s a combination of our intelligent cloud, it’s not just what does one run in the cloud, it’s also the products that one runs in a hybrid scenario as well,” Zander said.

Revenue in Intelligent Cloud was US$9.7 billion and increased 22 per cent in the last reported quarter. But Microsoft would only go as far to say these figures were “driven” by Azure revenue growth.

“We think it’s important that when people make decisions about what runs on premise and what runs on cloud that those are a fluid category,” Zander said.

The growth was coming from a “very large base” Zander added. “Those numbers continue to grow,” he said.

The lack of clarity has frustrated some analysts and IT buyers. Some believe that Microsoft is keeping quiet about Azure revenues because they are less impressive when compared with rival Amazon Web Services’ (AWS).

“I don't care what their Commercial Cloud revenue is. I care what Azure revenue is. I bet it's a great number (though much smaller than AWS, which is why they don't share it)” tweeted head of the Adobe developer ecosystem Matt Asay.

“The combination of ‘not disclosing revenue’ plus ‘reporting high growth’ functionally says ‘it's not substantial enough for us not to be embarrassed by if we break it out,’ tweeted Duckbill Group cloud economist Corey Quinn.

Questioned on how Azure compared, Zander said: “It’s significant, but you’re right we don’t go and break out those numbers”.

“And I’ll probably let my CFO decide if she wants to do that in the future. I won’t do that for you today,” he added.