Bank had tried to form cartel to take on Apple over digital wallet, but capitulated in January 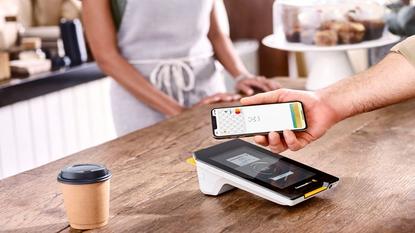 Commonwealth Bank of Australia (CBA) has seen a 400 per cent increase in the number of payments made with a mobile since it introduced Apple Pay in January, the bank revealed today.

The bank’s capitulation in January followed a lengthy heel-dig from CBA over the iPhone-maker’s payments platform. In 2016, CBA – along with National Australia Bank (NAB), Westpac and Bendigo and Adelaide Bank – sought Australian Competition and Consumer Commission authorisation to form a cartel to engage in joint negotiations with third-party digital wallet providers. The would-be-cartel made clear that Apple was its key target.

The banks ultimately lost their fight when the ACCC formally knocked back their desire to form a cartel in March 2017.

CBA customers have been persistently requesting Apple Pay for years. Earlier this year, the bank said “we heard you” and made Apple Pay available to personal customers.

“We are extending Apple Pay to business customers because they asked for it, and it’s part of our commitment to listen to our customers, put their needs first and take action to become a simpler, better bank. Delivering simple, intuitive digital payment solutions that provide choice and convenience, will continue to be a key focus for us in 2019,” said Clive van Horen, CBA’s executive general manager of business customer solutions.

Last month, CBA revealed contactless payment transactions, which includes mobile payments had grown by 140 per cent in the last two years. It added that contactless payments linked to a debit or credit Mastercard had almost tripled since the introduction of Apple Pay.

The only other major Australian bank to offer Apple Pay is ANZ, which has done so since 2016.

In its half year results today, ANZ said it had “maintained digital wallet leadership” with more than 88 million transactions in the last 12 months, with total customer spend up 114 per cent in that same period.