Why the world's cloud leader has made a loss in Australia 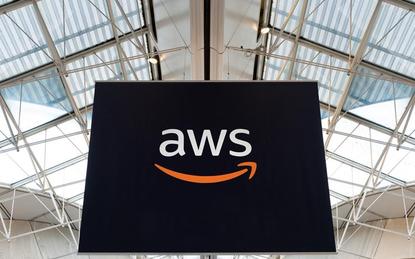 Amazon Web Services is the clear cloud leader with a market share of more than 30 per cent of the global cloud infrastructure services as of the fourth quarter of 2018. This is according to data from research firm Synergy and covers IaaS, Paas and hosted private cloud.

In Australia, the cloud IaaS market alone has seen organisations spend $688 million in 2018 according to local firm Telsyte, and if the world's adoption of AWS is anything to go by, most of these Australian organisations could be choosing AWS.

However, AWS' results for the year ended in 31 December 2018 told a different story, with the cloud giant posting a $15 million loss in Australia.

According to AWS managing director for A/NZ Paul Migliorini the company launched in 2006 with "a small number of simple services and a big idea".

"Which is: if we can invest at scale in cloud computing platform and then enable our customers to only pay for what they consume ... we thought it would be revolutionary," Migliorini told ARN during the vendor's Partner Summit in Sydney this week.

Migliorini, who could not officially comment on the company's financial results in any capacity, said the company's vision was to "free up capital from poorly used spend in technology" and allow organisations to do "amazing" things with that investment.

"The last 14 years have born that out. We have millions of customers on the platform, we continue to invest exponentially every year, we launched 1,957 new services and significant features last year and we continue to lower prices," he added.

Migliorini said the company lowered its prices 72 times in the last 14 years, in other words, it never raised its cloud services prices.

As reported by ARN, AWS Australia $15 million loss for 2018 was the result of the loss before tax of $8.7 million plus $6.9 million in provision for income taxes, after generating a local revenue of $306.2 million.

According to the report filed with the Australian Securities Commission (ASIC), in the previous year the tech giant had a loss after tax of $8.4 million, however it is unclear if that includes the whole of the 2017 calendar year.

AWS Australia started operating in Australia in 2011 and launched its first region in 2012 and it said it has been investing in its partner ecosystems to provide specialist resources, practice managers and training to boost its partner-led business.