The Victorian Department of Health and Human Services (DHHS) has begun rolling out its $30-million prescription monitoring system to doctors and pharmacists. 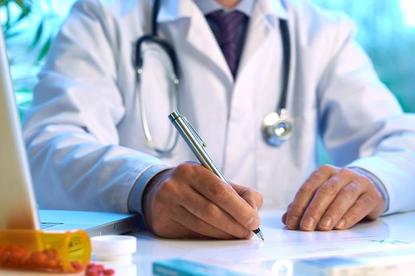 Across Australia last year, more than 1,700 drug-related deaths were accidental and most involved prescription medications, according to data from the Australia’s Annual Overdose Report 2018, from the Pennington Institute. The year before, more Victorians died from accidental overdoses than in road traffic collisions.

Now, in an effort to avoid further preventable deaths, the Victorian Department of Health and Human Services (DHHS) has begun rolling out its $30-million prescription monitoring system to doctors and pharmacists.

Developed by Fred IT Group on Microsoft Azure, the application SafeScript provides medical practitioners with real-time monitoring for high-risk and potentially addictive drugs such as morphine and oxycodone, codeine and diazepam.

Although the department had implemented regulatory measures previously, it needed to fully “transform” its methods, according to Matthew McCrone, director of real-time prescription monitoring implementation for the DHHS.

“The problem is that too many people are dying from prescription medicines, from overdose,” he said. “That number is ever-growing.

“Preventing deaths from prescription drug overdose is why we’re doing this. And the way to get there is to help doctors and pharmacists make more informed clinical decisions and thus facilitate safer prescribing and dispensing of these high-risk medicines.”

Fred IT Group first won the contract to develop SafeScript for the Victorian Government in November 2017.

The Victoria-based services provider used Azure, Event Hub, Stream Analytics, WebJobs and Enterprise Service Bus, to create a solution that ingests prescription and dispensing data through eRx Script Exchange and MediSecure. The processed data is then stored in Azure SQL and insights are pushed into PowerBI for further analysis and reporting.

The DHHS also worked with Microsoft partner CNI to develop a hosting framework in Azure, which will manage security, event management and disaster recovery.

The aim of the solution is to send alerts to registered and authorised medics and pharmacists - potentially up to 30,000 of them - when a patient has gone to multiple dispensaries for the same medicine over a short period of time or they are using a risky combination of medicines that elevates the risk of overdose.

In order to ensure the solution’s security, registered practitioners are required to undergo multi-factor authentication, which, according to Fred IT CEO Paul Naismith, represents the largest ever deployment in the Australian health sector.

“Before SafeScript, you could only see what you prescribed or dispensed at your clinic or pharmacy,” he added. “Now you can actually see if your patient has visited other doctors or pharmacies for the same medication, so you know who their doctor is, you can talk to the doctor, you can get the information you need, and just having those alerts to know if there is a problem.”

According to the department, by April 2020, every medical practitioner and pharmacist in the state will need to access SafeScript before they dispense or prescribe the monitored medicines.

“It is, ultimately, about making sure that the clinician has information in front of him or her, at the point that they’re needing to make a decision about whether to prescribe a particular medicine or dispense it,” added McCrone. “So, SafeScript provides them that information in as seamless a way as possible. Equally important – and, this is the other thing that we need to deliver – is that the clinician knows what to do next.”