Westpac rolling out Red chatbot to all customers 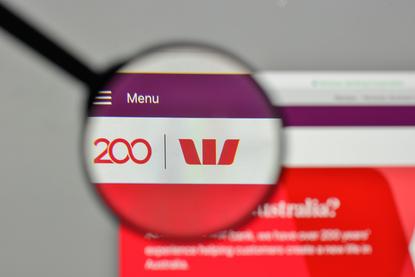 Westpac is making its new chatbot available to all customers tonight, following a successful roll out to 2.8 million people in March.

The chatbot, which is powered by IBM’s Watson AI conversational engine, initially launched to customers via desktop online banking in December, and was available to selected customers using Westpac’s mobile app earlier this year.

In a briefing on the bank’s results for the six months ended 31 March earlier today, group CEO Brian Hartzer said Red had already responded to over 100,000 customer enquiries.

He added that the “more that Red operates, the better it gets”.

“This means quicker service for customers and fewer calls to our call centre,” Hartzer said.

A Westpac spokesperson confirmed to CIO Australia that Red has had over 215,000 chats and more than 70 per cent of customers have “had their needs met by Red and require no further support”.

The same IBM Watson technology is behind Astro, which answers any questions Westpac bankers have about lending and provides the relevant policy within seconds.

A Westpac spokesperson confirmed Astro was already in use within the bank’s regional brands, and would be expanded to other brands through this year.

A number of banks use chatbots to answer staff and customer questions. UBank used IBM Watson to build what it claimed was Australia’s first virtual assistant to help potential home buyers and refinancers complete their online home loan applications.

AMP’s use of chatbots include Rosie, which assist customers by answering questions and guiding them through AMP’s Flexible Super superannuation product; and another being used internally to assist AMP contact centre staff.

Their benefits are numerous. They provide customers with faster access to information and instant resolutions; are easier to deal with than static web pages; and are available 24 hours every day.

There’s research to suggest that consumers of all ages now prefer to text or IM than call, and self-serve online rather than talk to call centre (which might say more about their typical call centre experience).

For businesses they can take on the grunt work for customer service departments, leaving human staff – of which fewer are needed – to deal with more complex problems.

A survey last year of 1,000 Australian consumers by MuleSoft, showed a mixed customer experience with bots.

While more than a third (35 per cent) of those that had said their query had been completely resolved or answered, more than a fifth (22 per cent) said the chatbot was unable to resolve or answer the query as it didn’t have access to the necessary information or systems.

Separate research by Publicis Groupe’s DigitasLBi found that 73 percent of survey respondents said they would never use a chatbot again if they had a bad experience during their first encounter with it.

Half of Australian respondents in the Mulesoft survey cited 24/7 customer service and not having to wait on the phone as the biggest benefit of chatbots with a similar proportion naming quicker answers to queries as an advantage.