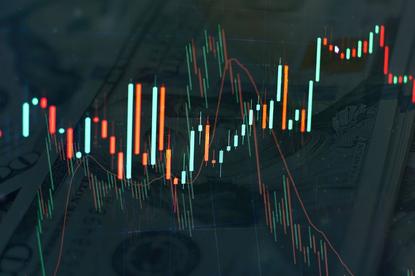 The World Bank’s International Bank for Reconstruction and Development has enabled secondary market trading of bonds on the blockchain, in partnership with Commonwealth Bank of Australia.

The ability to create and trade CBA’s bond-i (blockchain operated new debt instrument) on a blockchain based platform makes the bond the first in the world whose issuance and trading are recorded using distributed ledger technologies.

The completion of secondary transactions with trading activity recorded on a distributed ledger illustrates the “vast potential to enhance the co-ordination of securities trading and management on blockchain” the organisations said.

The functionality of bond-i (pronounced as in the Sydney beach) was developed by CBA’s Blockchain Centre of Excellence in conjunction with World Bank and market maker TD Securities. The bonds are issued and tracked using an associated platform which features an automated bond auction, bookbuild and allocation; electronic bid capture; an auditable and immutable transaction record; and real time updates and enhanced visibility according to participant’s permissions.

“We have nodes deployed in Sydney and in Washington, and between these two nodes we can deploy smart contracts such that we can automate actions between these two institutions without any manual intervention whatsoever,” said Sophie Gilder, head of experimentation and commercialisation, CBA Innovation Labs.

“Effectively it was a seamless end to end platform which can take you from the issuance of a bond right through to secondary market trading of that bond through a trusted shared ledger,” she explained.

Since the August launch, feedback from the global technology and financial sector community has been “extraordinary” Gilder added.

“It speaks to the innovation and commitment of all our partners, including investors, that we were able to achieve this together.”

The World Bank considers blockchain an integral part of its future strategy. It launched a Blockchain Innovation Lab in 2017, to understand the impact of blockchain and other disruptive technologies in areas such as land administration, supply chain management, health, education, cross-border payments, and carbon market trading.

CBA has been exploring potential applications of blockchain technology since 2016, when it appointed Gilder as a dedicated head of blockchain. The bank has since completed more than 20 blockchain pilots across a range of industries in collaboration with clients, fintechs, banks and government.

In 2016, CBA, with Wells Fargo and Brighann Cotton completed what they claimed as the first global trade between two independent banks using blockchain and smart contract technologies. In 2017 the bank ran a ‘cryptobond’ experiment, building a capital market issuance platform to facilitate the raising of capital through the issuance of bonds, on the blockchain. It was tested by Queensland Treasury Corporation for the issuance of semi-government bonds.

In June last year, CBA announced it had worked with five major supply chain players to trade and track seventeen tonnes of almonds as part of a blockchain-based experiment.

In September it revealed it had developed a blockchain-based platform with Ernst & Young (EY) to enable high-value assets to be more easily shared between businesses.

The bank has also hinted at plans to import the “commercialised blockchain solution” utilising the R3 Corda Distributed Ledger, which it has successfully trialled in South Africa.