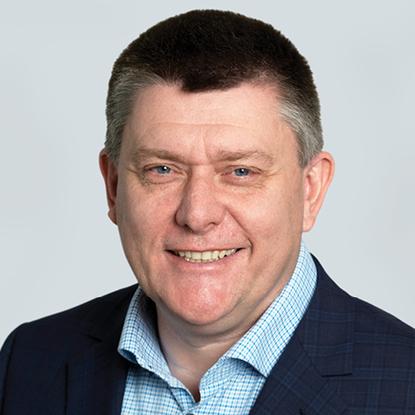 Judo Bank co-founder and CIO, Alex Twigg, will tell you he doesn’t do digital transformation - instead he does digital.

“The tech strategy has always been that we would be a completely cloud-based organisation. We would also take a completely software-as-a-service model approach to our technology strategy so that we don’t own a single server and we don’t employ a single developer,” Twigg told CIO Australia.

“Everything we do is bolted together as a software-as-a-service.”

The ‘digital-first’ and ‘digital-only’ approach is not surprising given he’s a career banker, technologist and entrepreneur and on his third ‘digital’ bank journey.

Comfortably so, Twigg is considered a global pioneer of digital banking with over 20 years’ experience and has gained an international reputation for his contribution to the establishment of two of the largest start up banks in the world: egg.com in the UK and UBank in Australia.

His latest venture, Judo Bank, will focus on business loans to the small-to-medium sector, which Twigg said have been hurt by tighter lending standards stemming from the banking royal commission.

Judo Capital recently won a full banking licence from banking regulator APRA in a challenge to the major banks, which are still fielding fallout from the royal commission, he said.

Judo Bank - the idea of which was hatched three years ago - opened for business last April. According to Twigg, the bank is “growing exponentially”, opening an office in Melbourne, Sydney, Brisbane and is doubling its workforce each month. At last count, staff headcount was 95.

In May, the bank announced it had gone live with Temenos T24 Transact, Analytics, Financial Crime Mitigation and Channels – a module of Temenos Infinity – running on Temenos Cloud.

“We’re absolutely everything as-a-service. Data will be our differential in the future and it has to be a self-contained system.”

He said Judo Bank’s ‘judo strategy’ outmanoeuvres the incumbent banks by using the nimbleness of its modern technology to rejuvenate the dying craft of artisan business lending.

The bank has built what he said is a system that enables traditional relationship banking backed by modern, legacy-free technology, processes and systems.

“We selected Temenos as our strategic technology partner to help us with our goal to become the most trusted business bank in Australia.”

Temenos worked closely with Judo from the beginning, and with its cloud-native digital front and back office products enabled the bank to launch fast and with a low risk implementation.

“This allows us to cut through traditional bureaucracies and the sales-driven and property- secured status quo to transform SME banking in Australia through a focus on close customer relationships.”

Preparing for opportunities ahead, he said AI is the way of the future. “Everything we’ve done has been designed around that ‘data differential’ and being made for change.

“Therefore, we’ve designed with an AI future in mind. We capture absolutely every piece of data that goes through our system. Our bankers have one system to use which takes them from CRM all the way through loan settlement - and everything in between.”

In this highly cloud environment, he said the bank had to “think differently” about the way it considered security.

“We started at the bottom of the stack, we did a lot of research, and looked at the work that Google has done, and we decided we would implement our own zero trust network.

“That means we can really maximise the software-as-a-service model. We have no traditional infrastructure. We don’t have a LAN (local area network). We treat everything as dangerous and therefore we have a lot more flexibility to build into that microsite architecture that everybody wants to create.”

Additionally, he said the bank implemented advanced access management functionality in a bid to deliver what he said are “great customer experiences”. The bank partnered with Microsoft and implemented Active Directory B2C and B2B infrastructure in Azure cloud.

“In the data space, we knew there was an AI future ahead of us. The Judo business model is about judgement-based lending into the SME sector.”

The SME customer space can be broken down into several categories: $250k loan size (which is where most of the fintechs play); and the plus $10 million customers (multiple facilities, securities and entities).

Twigg said the bank aims to provide superior customer service - and go head-to-head with the big banks - by creating “a highly digital business with a human front end to it that delivers face-to-face banking,” which is all made possible by a complete software-as-a-services approach.

“It’s an event-based data system into which every single event that occurs inside the Judo ecosystem is put. Therefore, effectively we have an Apple time machine for a bank,” he said.

As a result, he said the company is accumulating the perfect datasets for machine learning. “We can actually start to create an AI that can start to become a judgement-based lending banker assistant.”

In the push towards machine learning and AI, he said it’s important to make sure the data infrastructure is able to support it.

“That’s what we’ve tried to do: Take that blank sheet of paper methodology and make sure that we have high quality, high volume datasets that we can use machine learning against.”

The trick is to “create a rich datacore” that will be a competitive advantage for Judo, he added.

“I’ve worked in too many large banks around the world that have lots of data, but most of it is rubbish. We wanted to make sure we had as much data as we possibly could - both the actual data, the metadata, the ability to associate third-party data, the ability to utilise open banking data when that turns up - and augment our data with that.”

Ultimately, by providing the right technology tools - and streamlined processes - the customer has ultimate control over its banking relationship.

“It’s going back to basics. It’s a real old-fashioned principle, which is deliver the services your customer wants,” but do it in such a way that you can bake in quality and minimise inefficiencies.

“The human has end-to-end control of the customer experience.”