Are you faking or forcing agile? 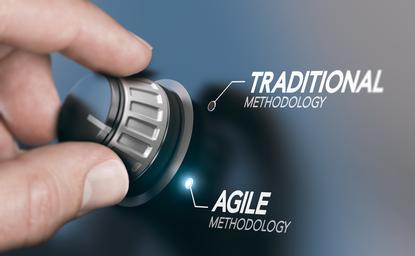 I’m working with an Australian tech team to help them evolve their culture so that they have greater flexibility in the way that they think and act.

In the opening speech to the 2-day culture definition session, the team’s chief information officer said: ‘Other organisations like to fake or force agile, we’re going to do neither of those things. We’re empowering you to create something that you can bring your best self to and then to find smarter ways to deliver value more quickly to our customers.’

It was a refreshing thing to hear and immediately got me thinking about the definitions of these two things and how I could help others understand how to do agile well. So here’s my assessment of it and I’d love to hear your thoughts too.

Any kind of transformation requires strategy, time, effort and money. It’s not something that you can shortcut. As Bain pointed out in 2017, ‘transformation involves change at every level of the organisation.’

Yet the fact remains, that whilst organisations may seek transformation, greater business agility and the perceived benefits that come with that, simply stating that they’re ‘going agile’ or copying someone else’s approach isn’t going to do it. In fact, it may just make things worse.

Employees aren’t stupid. They’ve seen this kind of knee-jerk management activity before with Lean, ISO9000, PRINCE2, SixSigma and so on. I know I was involved in some of it!

Small gains may have been made, but the underlying cultural issues were never addressed and poor behaviours and performance continued to hold organisations back.

And so, to agile.

Organisations with great cultures aren’t talking about going agile, they continually invest in their people and culture and look at how new thinking and ways of working can enhance what they do or provide them with greater competitive advantage.

They favour micro-learning sessions over mass learning programs and make honest and continual feedback a cornerstone of the way they do things.

Not for them the pursuit of a golden ticket, only to abandon it when they realise that the activity they’ve undertaken isn’t going to provide the results they thought it would.

So are you faking or forcing?

Faking agile involves saying things that make staff, customers and shareholders think that the organisation is taking a new approach, without addressing the fundamental issues that held them back in the first place. Often these are things they’ve seen or read about in organisations that have great cultures and they feel they can copy them.

McKinsey frequently cite copy-pasting agile as a major cultural flaw, saying in one report, ‘Emulating someone else's model without a clear vision and deep understanding of agile can cause significant harm.’

Forcing agile involves doing things that they think will demonstrate that the organisation is more agile. At least there’s action here, it’s just not always helpful.

Organisations conveniently forget that central to the agile manifesto was they ‘[promote] organisational models based on people, collaboration, and building the types of organisational communities in which we would want to work.’

In short, spend the time to involve staff in building the culture they need to be flexible in their approach and trusted to get the job done.

These kinds of environments produce highly emotionally intelligent people who consistently deliver positive results, increasing productivity by as much as 20 per cent, according to Gallup.

McKinsey again, ‘Agile succeeds when people – including leaders – possess the right set of skills and mindsets.’

However, by involving people in the definition of the new culture, getting them to agree targets with their teams, showing them how to communicate and collaborate in different ways and having senior leaders who can role model what agility looks like on a daily basis, it can happen.

Then and only then, will organisations be on their way to creating something that’s more agile. Unfortunately, however, most have already given up before they get to that stage.

Colin D Ellis is an award-winning international speaker and facilitator of culture and project management programs. His latest publication The Project Book: How to Consistently Deliver Great Projects will be in shops on 1st July. For more details head to www.colindellis.com.