IT decisions and spending no longer under CIO control, survey reveals 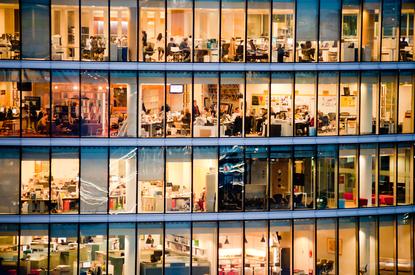 More CIOs are allowing technology to be managed outside of their IT department by business functions than ever before, a survey by IT recruitment specialist Harvey Nash and KPMG has found.

Nearly 70 per cent of organisations in Australia are content for IT decisions and spending to be driven by business units, away from the direct control of the CIO, the survey of 254 local CIOs revealed.

What was once referred to as shadow IT, is now known as ‘business-led IT’ and has become the new norm. But the CIO still has a huge role to play, the survey finding that those companies that still formally involve IT departments in technology purchasing decisions fare far better than those that don’t.

Four in ten companies do not formally involve IT for business-led IT decision, however. The survey found those companies were twice as likely to have multiple security areas exposed than those who consult IT, 41 per cent less likely to be ‘very or extremely effective’ at building customer trust with technology, and 12 per cent more likely to have been targeted by a major cyber-attack in the last two years.

“Business led IT is creating more value than ever before. More Australian technology leaders reported increases in IT budgets under their control than at any time in the last 15 years, demonstrating the scale of the opportunities and risks facing CIOs. Those that get the balance right between innovation and governance will be the winners,” said Bridget Gray, Australia managing director of Harvey Nash.

The rise of business-led IT comes as fewer CIOs sit on company boards. The Harvey Nash/KPMG survey said 49 per cent of CIOs sit on the board, compared with 55 per cent last year. A recent survey by analyst firm Gartner found only one in three CIOs working in Australia and New Zealand report to their company’s CEO.

Nevertheless, according to the Harvey Nash/KPMG survey, CIOs report that they haven’t lost their influence, with 65 per cent viewing the role as gaining influence compared to 62 per cent in 2018.

“Technology has rapidly emerged from the IT department to become the key driver of business strategy. But this research shows the IT team is often excluded, at a great cost to security and governance,” said Guy Holland, KPMG’s Digital Delta group partner.

“In this world, a holistic approach is key to success. Organisations that put technology in the hands of value-creators while simultaneously connecting the front, middle and back office will be the ones that win in the market. The future of IT is a customer obsessed, well governed, connected enterprise where the CIO plays a key role in supporting transformation,” he added.

The Australian figures were in line with the global survey of 3,645 CIOs and technology leaders.

As they cede some responsibility for technology purchasing to business units, CIOs are feeling good.

More reported budget increases than at any time in the last 15 years, according to the survey. More than half of respondents expect budget and headcount increases next year too. Almost half have had a salary increase and bonuses are on an upward trend. Overall the absolute level of job satisfaction is very high.

“CIOs are less likely to have a voice on the board this year, but this does not appear to impact on their job satisfaction. What they care more about is having the appropriate access and influence, and a supportive CEO to help them see their vision through,” Gray said.