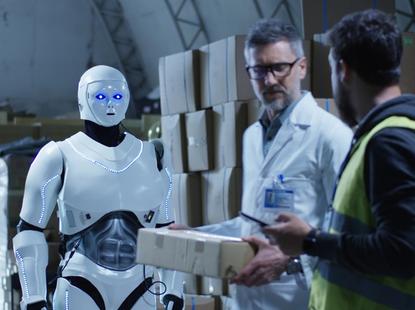 A Deloitte report released today has ‘busted the myth’ of robots taking jobs from humans, arguing that unemployment levels are low across the Western world despite accelerating technological change.

“Robots won’t take your job” the seventh Building the Lucky Country report notes, pointing to the fact unemployment rates in Australia are at their lowest levels since 2012.

“Where new technologies do take effect, they generally create as many jobs as they kill. It’s just that the ones that they kill are easily spotted, while the ones they create are hiding in plain sight,” the reports states. “After all, for every problem there is a job – and we’re not running out of problems.”

According to the report there has been no evidence to date of digital change leading to destruction of jobs in Australia, given more Australians are employed today than they were in the late ’80s, and the unemployment rate is below 30 year averages.

“We don’t face a dystopian future of rising unemployment, aimless career paths and empty offices. Yes, technology is driving change in the way we work, and the work we do, but it’s ultimately not a substitute for people,” said Deloitte Access Economics partner, and lead report author, David Rumbens .

“Technology is much more about augmentation than automation, and many more jobs will change in nature because of automation, rather than disappear altogether,” he added.

The sentiment is at odds with a number of recent studies which predict up to 47 per cent of jobs will be replaced by automation. Locally, a 2015 Department of Industry, Innovation and Science study and a Committee for Economic Development of Australia (CEDA) report from the same year estimates about 40 per cent of jobs will eventually be fully automated. In 2017 consultancy AlphaBeta said three million Australian jobs (around a third of all jobs) were at risk by 2030.

According to Deloitte, those studies miss the point of technology, which automates certain tasks rather than whole industries. The firm points to the construction industry, which despite the rise of equipment and machinery and digital project management tools remains one of the largest employers in Australia.

“As such, the most widely cited (and the most negative) studies which assume that whole occupations – rather than individual tasks – will be automated are unlikely to eventuate, or will be limited to a smaller set of occupations,” the Deloitte report says.

However, the report concedes that it is “not to say that there will be no job losses”. But others will be created, it continues, and “in net terms, the latter will outweigh the former”.

However, there is no denying the fear of losing jobs to advancing technology, the report says. But this has always been so, it adds.

“In the 16th century, Queen Elizabeth I rejected a patent for a knitting machine for fear that it would ‘tend to [knitters’] ruin by depriving them of employment’,” the report notes.

A survey of 1,000 Australians published today by Swinburne University of Technology, found that just over half of Australian workers feared losing their job to automation and AI. Fear of job loss due to AI replacement was more commonly reported than fear of job loss from a change in the economy or being replaced by someone cheaper.

The fear itself was a risk to prosperity, Deloitte Australia chief executive officer Richard Deutsch added.

“These myths aren’t just wrong, they’re potentially damaging if we allow them to take hold and lead to our making the wrong choices,” he said.