CASA to kill ‘Can I fly there?’ drone app, offer API 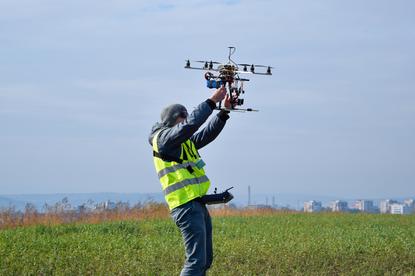 The Civil Aviation Safety Authority is decommissioning its ‘Can I Fly There?’ drone safety app after two years.

The authority will instead create a platform for “industry and other developers” to access safety information and offer their own apps.

To connect to the platform, which is being built by Wing Aviation LLC, developers will need to go through an approval process to ensure apps offer accurate information to pilots.

CASA said it was in the process of approving the first app to connect to the platform, which is expected to be live early next month.

“The development of the platform is another first step in helping us to integrate drones into Australian airspace safely and efficiently,” CASA said.

“We understand that drone flyers need clear and consistent information about where they can operate their drone, and to allow app developers to innovate to keep pace with technological change,” the authority added.

The ‘Can I fly there?’ app, developed with drone software firm Drone Complier, was launched in May 2017 and displays the ‘no-fly zones’ around where a recreational user is intending to fly their sub 2kg UAV.

It did not go down well with users. The iPhone version scored 1.4 out of five stars from 325 ratings, and users rated the Android version 2.8 out of five from 338 ratings.

Throughout the app’s five updates, users complained of bugs and lack of functionality and outages.

“Get it right! How hard can it be?” said one exasperated reviewer. Others complained about the “draconian and Orwellian license agreement”.

“A well-intended but classically bureaucratically hamstrung app,” said another reviewer.

From next month CASA intends to introduce mandatory RPA pilot registration and accreditation. The scheme will apply to all commercial RPA operators, and those flying drones weighing more than 250 grams recreationally.

Accreditation will be free and awarded after an individual has completed an online course, which CASA described as “basically, watch a video and answer a quiz on the drone rules that apply to you”.

Registration costs have yet to be decided, but will depend on whether drones are flown for fun or profit. For recreational pilots it is expected to be around $20.

Drone fliers that breach regulations are a growing concern for CASA, which in March revealed it had issued a total of 10,999 remote pilot licences and 1504 remotely piloted aircraft (RPA) operator certificates.

In May 2017 the Senate Rural and Regional Affairs and Transport References Committee concluded an inquiry into regulatory requirements and safe use of drones. The committee determined that CASA “should be empowered to track all individual drones, starting with the registration of all drones, regardless of their size or intended use”.

In November last year the Government supported the introduction of a mandatory accreditation and registration system for drones.