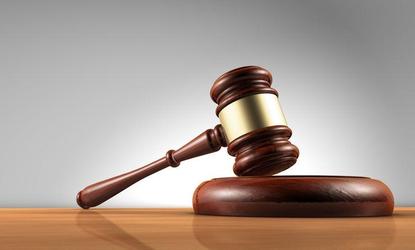 After just over two weeks of committal hearings, a magistrate has ruled three people will face trial on charges emerging from an investigation into the failed Ultranet project by Victoria's anti-corruption commission, IBAC.

"Three people have been committed to stand trial following a committal hearing in the Melbourne Magistrates’ Court in May/June as a result of IBAC’s investigation, Operation Dunham, into the failed education department Ultranet project," an IBAC spokesperson told ARN.

The three people have been previously described as a former managing director and CEO – which CSG confirmed at the time to be Julie-Ann Kerin – a former group general manager technology solutions and a former education department deputy secretary. Each is charged with five counts of obtaining property by deception, with the former deputy secretary also charged with one count of misconduct in public office.

“The three will face trial for offences including obtaining property by deception and misconduct in public office. The trial date is yet to be scheduled, however it’s anticipated the trial may occur in 2020 and will last eight to ten weeks,” the spokesperson said.

Ultranet was intended to be an online teaching and learning system for Victorian Government schools, but was cancelled in 2014, with estimates of its eventual cost ranging from $127 million to $240 million.

In May 2018, CSG told shareholders that IBAC had filed criminal charges against its managing director and chief executive officer in relation to a consulting project titled the Learning Technologies and Quality Assurance Project (LTQAP), which was referred to in the Operation Dunham report.

The IBAC report, which was tabled before Parliament in January 2017, said the investigation found evidence the tender process for Ultranet was improperly influenced and therefore corrupted, through improper relationships that senior departmental officers had primarily with Oracle Australia and then with CSG.

"Operation Dunham exposed a range of improper actions and behaviours by senior departmental staff that effectively corrupted the tender process," stated the report.

CSG explained in 2018 that no charges were brought against the company itself and that the subsidiary involved in providing the services on the LTQAP in 2011 was no longer part of the CSG Group following its divestment in 2012.

Prior to this, CSG had denied it and its officers had done anything wrong and that it fully supported its MD and CEO in the defence of the charges.

Two months before the committal hearings began, the company announced Julie-Ann Kerin had stepped down from the role of CEO and managing director.

Kerin, who held the role for seven years, having been appointed in 2012, announced to shareholders that the resignation was effective immediately and Mark Bayliss was appointed acting CEO and managing director.

At the time, the publicly listed company attributed the changes to its "strategic transformation" dubbed "CSG 2021", stating that the strategy required a change of leadership.