Huawei: UK government report "yet another repudiation" of Australia ban 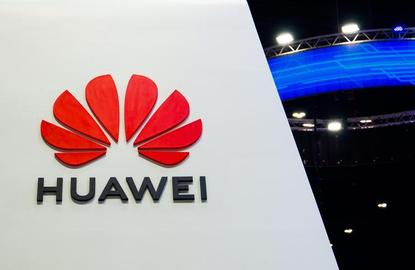 The UK Parliament’s Science and Technology Committee has found “no evidence” that excluding Huawei from the countries telecommunications networks would “constitute a proportionate response” to the potential security threat of using foreign suppliers.

The review concluded that there are “no technical grounds for excluding Huawei entirely” from UK networks.

The news was welcomed by Huawei Australia today, who said the report was “yet another repudiation of the rushed and chaotic decision to exclude Huawei from 5G by the Turnbull Government – based on inaccurate technical advice – in its dying final hours”.

In a speech in October, the head of the Australian Signals Directorate, Mike Burgess, said the decision to stop telcos from using “high-risk vendors” to source equipment for their 5G rollouts was “not taken lightly” and followed an “extensive review of the national security risks to 5G networks”.

Huawei Australia said it was “open to talking” with the Australian government about any concerns they had.

“It is very pleasing to see the UK government take an evidence based approach to this matter – there are clearly lessons to be learned here for the Australian Government,” said Huawei Australia director of corporate and public affairs Jeremy Mitchell in a statement.

“Huawei complies with all the local laws and regulations wherever we operate and we have always been willing to engage with the Australian Government to answer any questions they may have or to work through any concerns,” he added.

The company claims it “has yet to even receive written confirmation of the 5G ban being in place [from the government] and has still not been given an explanation as to why it was imposed”.

The UK government, it added, “has taken a much more intelligent approach”.

The UK parliamentary report concedes that there “may well be geopolitical or ethical grounds” for the government to enact a ban on the supplier and that “consideration must be given to the UK’s ongoing co-operation with its major allies”.

Last year the US Congress imposed restrictions on government use of Huawei's products and services. The constitutionality of a law is being challenged by the Chinese company.

The UK government had been considering a partial ban of the company, under pressure from the US. In November, New Zealand telco Spark revealed that it had been given government advice to shy away from using the company’s 5G equipment.

Leaders of Germany, France and the Netherlands have said they would not follow the US and ban Huawei from 5G roll-outs. Huawei claims it has 50 contracts for commercial 5G deployments, more than half of those being in Europe.