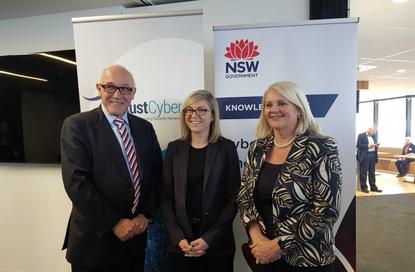 The NSW Government has officially launched its ‘cyber security innovation node’ in partnership with AustCyber.

The cyber security hub, which aims to accelerate growth in the sector, forms part of a series of nodes backed across Victoria, the ACT, Western Australia, South Australia and Tasmania, also backed by AustCyber.

As previously reported by ComputerWorld, the nodes are funded by $50,000 from AustCyber, which is matched by at least the same amount by each state of territory, which in NSW is administered by the Department of Industry.

First announced in November 2018, the nodes were intended to connect cyber security companies with state business growth initiatives, with the NSW Government claiming the sector will be worth US$250 billion by 2026.

“This new node in Sydney, backed by AustCyber and the NSW Government, will bring together startups, corporations, universities, researchers and government agencies to share expertise and create new ideas,” Federal Minister for Industry, Science and Technology Karen Andrews said. “We want to generate more investment and more jobs for Australians.”

According to the Minister, the hub will be co-located with and complement the Joint Cyber Security Centre in Sydney, which opened in March last year, on sharing threat information.

The centre came as part of a $47 million Joint Cyber Security Centre (JCSC) program, designed to facilitate “stronger partnerships” between 101 organisations across private and public sectors.

The Federal Government is aiming to boost the number of jobs in cyber security over the next five years, and recently released $8.5 million in funding to grow the sector.

Funding for individual projects will range from $100,000 to $3 million, making up to 50 per cent of eligible project costs.