Opinion: Less people are buying premium phones, so why is Apple still putting all of its eggs in one basket? 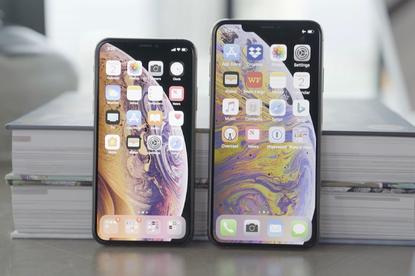 We’ve been hearing for months that longtime customers are souring on the iPhone upgrade cycle, and now there may be some evidence to back that up. According to a study conducted by Bank My Cell of some 38,000 people, iPhone owners are 15 percent less loyal to their handset than they were last year, with 73 percent of responders claiming that they were sticking with Apple. Those are still strong numbers, but it’s the lowest retention rate since the company started tracking in 2011.

You can quibble with Bank My Cell’s methodology all you want, but the numbers are significant. According to its tally, 24.5 percent of users trading in their iPhone during the fourth quarter of 2018 (when the iPhone XR, XS, and XS Max launched), did so because they moved to a new brand of smartphone, overwhelmingly Samsung and LG. (I’m willing to bet it wasn’t the Galaxy Note or V40 ThinQ.)

It’s no secret that the iPhone’s average selling price has creeped up over the past several years. Since the launch of the thousand-dollar iPhone X, Apple has been covering up a slow decline in sales with much higher prices. The cheapest current X-model iPhone, the iPhone XR, starts at $749, and if you want the flagship XS model, you’re paying no less than $999. That’s not going to change.

Of course, Apple isn’t alone in this space. The Galaxy Note 9 and S10+ both start at $1,000, and phones like the LG V40 and G8, and the Google Pixel 3 XL are pretty close. But that portion of the market is becoming increasingly niche, while the mid-range explodes with handsets from Samsung, Google, and One Plus that all feature what once were high-end specs, such as dual cameras and fast charging.

But not Apple. While it made a big deal out of how the iPhone XR has many of the same features as the iPhone XS at a 25 percent lower price, the fact of the matter is it’s only a bargain when compared to the other iPhones and premium Android handsets. There are trade-ins and payment plans to soften the blow, but if you want an iPhone that’s actually affordable, Apple expects you to buy a iPhone 7.

While Bank My Cell’s report might not be alarming for Tim Cook & Co. at the moment, if the trend continues, it could get real ugly real fast. Because let’s face it, no one’s going to get excited about an iPhone 8 in 2020.

Meet me in the middle

It’s funny, but Apple was actually ahead of the mid-range curve. Back in 2016, it launched the iPhone SE between the iPhone 6s and iPhone 7. It had the body of an iPhone 5S with the guts of an iPhone 6s for nearly half the price. It was strictly a response to customers who wanted a smaller, cheaper phone. Cook said as much during the launch event: “Many, many customers have asked for this. And I think they’re going to love it.”

For a time they did. But Apple never paid it the attention it deserved. Rather than continue to update it—like Google will presumably do with the Pixel 3a—it was left to languish for years on end, only receiving the most obligatory of updates. Where the Pixel 3a expands the platform to a segment of users that couldn’t otherwise afford it, the iPhone SE always seemed like the phone Apple didn’t really want you to buy.

Basically, premium smartphone specs peaked in 2017. Sure, displays may be slightly higher and pack slightly more pixels, and processors are way faster than they were, but the premium sweet spot has already been achieved: between 5.5 inches and 6.5 inches, a Quad HD display, two or more cameras, and wireless charging. We don’t need any more pixels and we don’t need any more speed. The A12 processor is incredibly fast, but the A9X chip in my 12.9-inch iPad Pro has no problem keeping up, either. What I want is a $450 iPhone with a capable processor, retina-quality LCD screen, and plastic body that looks like I paid $900 for it. That’s what Google delivered with the Pixel 3a.

Google’s Pixel 3a is basically a masterclass in how to deliver a mid-range alternative to a premium smartphone, but the market is still plenty ripe for disruption. The $399 Pixel 3a has a killer camera, great screen, and excellent battery life, but it’s more prefatory than revolutionary, basically raising the mid-range bar to where it should be. it looks like a Pixel and it acts like a Pixel, and that’s enough for a $399 phone. Google is going to own the mid-range space with a phone that isn’t wildly innovative or even all that interesting. It’s just priced right and has the right stuff inside.

But it doesn’t have to be a one-phone show. Apple could revive the spirit of the iPhone SE with a new mid-range iPhone that brings the full iOS experience at a lower price. It doesn’t even need to have a headphone jack. Something with an A10 chip, 64GB of storage, polycarbonate shell, and an iPhone XR-style camera would be a nice start, but the big breakthrough would be Face ID. No other phone in this range includes anything close to somethings as secure as Apple’s 3D face scanning, and a mid-range phone with Face ID would prove that Apple is serious about privacy and security.

As it stands, Apple has completely stopped listening to the din. It’s not that people don’t want an iPhone. They do. But while iPhone users might not be fleeing in huge numbers now, as more phones like the Pixel 3a or Samsung’s triple-camera A50 arrive, bringing premium-like experiences for a fraction of the cost, the iPhone is going to look more and more overpriced. Google played it perfectly: The Pixel 3 makes the Pixel 3a look like an even greater value than it is, much like the iPhone XS enhances the value of the XR.

There’s a lot to be excited about when it comes to future iPhone releases—triple cameras and reverse wireless charging in September; 5G, and time-of-flight sensors in 2020—but until Apple starts paying attention to the middle, more and more people are going to start banking their iPhones for something that doesn’t have an Apple logo on the back.