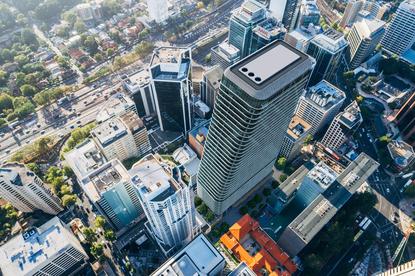 Microsoft Australia has signed a ten year lease on office space in what will be the tallest building in North Sydney.

The deal secures Microsoft’s tenancy of seven levels – from 25 to 31– in the yet to complete 1 Denison building, from the middle of 2021. The new premises will cover 10,655 square metres of space.

The move will consolidate a number of Sydney office locations, including its current head office in North Ryde. The company’s multi-million dollar Martin Place ‘technology centre’ which opened earlier this year will remain.

The new location gives Microsoft an opportunity to be “closer to our customers and partners” and create an environment that “inspires our people” said Microsoft Australia managing director Steven Worrall.

“Having the flexibility to design and build our own space ensures we can bring our vision of a modern world of work to life. It will be a workplace that energises our employees and empowers them to do their best work, while reflecting the culture and spirit of innovation inherent in the Microsoft brand,” Worrall said.

“For our Sydney based teams, 1 Denison will feature inspirational design and productivity solutions that facilitate the sharing of creative ideas and experiences for improved collaboration. The investment reflects Microsoft’s continued commitment to its employees, customers and partners in Australia,” he added.

The $1.2 billion, 39-storey commercial building is being constructed by Multiplex, is owned by Winten Property Group, and is expected to be complete by the end of next year.

It is being built to high environmental standards and offers panoramic views of Sydney Harbour from many levels.

Its architects, Bates Smart, are behind The Club Stand at Victoria Racing Club, The Royal Children’s Hospital in Melbourne, and the ASX’s Australian Liquidity Centre.

“North Sydney is fast becoming a destination of choice for companies seeking quick access to the city and high-quality amenity without the price tag,” he added.