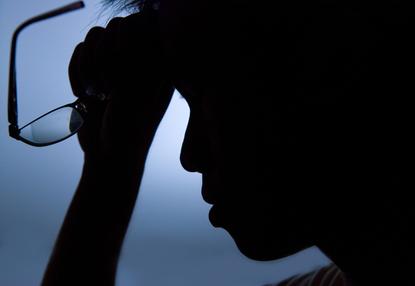 A fifth of Australian chief information security officers are suffering from burnout, according to a survey of 1,894 businesses.

Many of those responsible for security also reported high levels of stress and a poor work-life balance, the survey by Security In Depth found.

Burnout is a phrase used to describe a ‘state of extreme psychophysical exhaustion’ including emotional exhaustion, a loss of empathy and feelings of incompetency at work. It has been linked to depression and social withdrawal.

Nearly all CISOs (92 per cent) questioned in the survey said they were “unable to switch off” and 31 per cent struggled to balance their home life with their responsibilities at work.

The high incidence of burnout was down to the nature of the role and a lack of support from within the organisation, the survey report indicated.

Four out of seven days, most CISOs took work home with them, and 92 per cent said they were on call every hour, every day of the year.

“Securing an organisation’s infrastructure, has become one of the more stressful jobs in today’s ICT environment, and with a lack of support across the organisation to implement a string and effective cyber strategy, is leading to high stress and burnout amongst Australian CISOs,” the report’s author and Security In Depth CEO Michael Connory said.

As a result, more than half (56 per cent) of security chiefs said they would not be in the same job within the next two years.

The survey results are similar to findings made in a Nominet commissioned global survey earlier this year.

Some 60 per cent of those questioned said they “rarely disconnect” and worryingly, 17 per cent of the CISOs surveyed were either medicating or using alcohol to deal with job stress.

They too said they suffered a lack of board support and resources to deal with the growing threat landscape.

Dr Dimitrios Tsivrikos, a business psychologist from University College London and contributor to the Nominet report said that CISOs faced an “emotional limbo”.

CISOs have to communicate the importance of their work, which “no one fully understands”, but while avoiding “raising alarms” to management, who neglect to invite-them onto decision-making boards, Tsivrikos said.

“Such emotional instability poses a clear threat to an employee’s well-being, a fact that has ramifications for a CISO’s productivity, vigilance and overall performance,” he said.

The psychologist advised CISOs be vocal about their levels of stress with colleagues and family members – silence kills when it comes to stress-related incidents, he said – and to explore healthy ways to “decompress” at home without alcohol or food.

Workplace burnout is currently the subject of a study by mental illness research body the Black Dog Institute. Earlier this year the World Health Organisation re-labelled the syndrome as an "occupational phenomenon" caused by work-based chronic stress, rather than a problem related to life management.