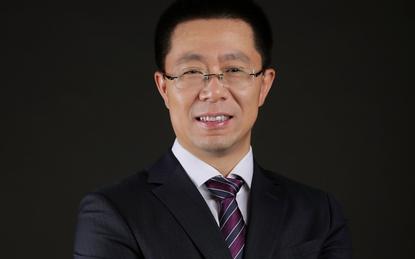 Huawei Australia’s chief executive officer has affirmed the company “will never give up” on the country despite its ban from the 5G infrastructure roll-out.

Hudson Liu, who replaced former CEO George Huang in May, said the Chinese networking giant “accepted” the Federal Government’s policy but said he “hoped the situation will change”.

Liu also noted that the ban would mean Australia “may not be the first country to deploy Huawei’s 5G technology” as the company had “hoped it would”.

“We accept that the Australian Government policy on 5G may not change in the short term but we will never give up on the Australian market, we are committed to this country in both the good times and bad times," Liu said during Huawei Australia’s 15th anniversary celebration.

“Hopefully, in the future, the situation will change and we will be able to deliver our market leading 5G technology here and finally give Australians access to the best 5G in the world.”

However, Liu claimed Huawei’s 4G networking business will still bring in “solid income” in Australia. Globally, he also claimed, Huawei had signed 50 5G contracts, the majority of which are in Europe, plus a number in Asia.

“No matter what is going on around us we will keep our faith in our technology and we will be patient for our opportunity to arise,” he added.

Huawei Australia first entered the Australian market back in 2004. It now has more than 700 employees across the country and posted revenue of nearly $750 million and $29.3 million in profit last year.

This was despite being officially banned by the Federal Government from providing 5G technology to Australia last August due to potential “national security risks”. Intelligence agencies had earlier raised concerns that Beijing could force the Chinese telco to hand over sensitive data.

Since its ban, TPG Telecom announced it would no longer be able to roll out its own 5G mobile network in Australia due to Huawei’s ban.