Why it's best to wait to make that ERP cloud jump 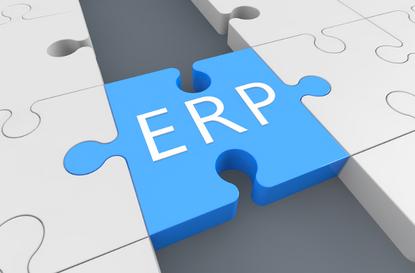 Many enterprise software or enterprise resource planning (ERP) vendors are in some phase of moving to a new digital platform, with each trying to encourage long-standing customers to shift with them.

SAP is aggressively looking to move its base over to S/4 HANA, and Oracle is doing the same with its ERP Cloud offering. Yet customers may find they’re being faced with less a choice and more a demand from the vendor, with many ERP giants scheduling end of support for older versions within the next decade.

It’s a large shift that is not without precedent: those in business during the late 1990s will recall the rush to upgrade systems ahead of the Y2K doomsday scenario, and the shift to client-server and the web from old “green screen” systems. Today's shift towards next-generation digital platforms is similar to those days when finding people with significant experience was difficult as the new systems were only just launched.

But as was the case then, the digital shift is not as simple as flicking a switch. These new platforms can require a whole new set of skills to implement and administer, let alone support. Further, those best placed to guide the customers of those ERP giants are on their way out. Take SAP, which this year announced it would lay off about 4,400 employees, with Australia and New Zealand among the affected regions. According to recent comments from SAP’s CEO, Bill McDermott, the layoffs are part of a “fitness program”:

“What we're doing with the fitness program is we're giving people a chance to do some early retirement in countries where we need to do that,” McDermott said.

One way to look at early retirements is that experience is set to walk out the door before its time and with it the best placed and most trusted expertise needed to ease the transition for customers.

The way these customers currently do business means they may face a deadline of obsolescence – but those making the shift early could find the skills are not quite there yet to support the transition to digital platforms.

Those who were around during the Y2K transition have seen this all before and their wisdom would be invaluable – yet many of these people with 15- or 20-years’ experience are now thinking about retirement.

Compounding this is a gap in cloud skills in Australia. According to research firm Telsyte, the cloud infrastructure-as-a-service (IaaS) market is expected to reach $1.2 billion by 2022 – but warned that “Australia’s adoption of cloud must be supported by skilled professionals, however there is still a gap in the market for cloud skills”.

Meanwhile, the best young talent is not always attracted to roles in ERP the way they once were.  Roles at start-ups, cloud and mobile apps are abundant and the idea of wanting to create their own unicorn business is putting ERP lower down the ladder for many people. Industry analyst Gartner wrote in a recent report, “Retirements and Digitalisation Are Creating an ERP Skills Gap - Are You Prepared to Fill It?” that:

“One Gartner client has said that their company is in a race to finish its ERP modernisation initiative before the support team retires. Replacing ERP skills isn't as simple as it was 10 years ago, because the pool of external candidates with ERP product expertise is shrinking.”

So, what are the options for customers of the ERP behemoths, who may believe the sword of Damocles is hanging over their head and that a shift is inevitable and based on the shortage of support and skills, possibly very painful?

They can either make the shift now and hope for the best… or they can hold out until the skills shortage is shored up. They may believe the latter is the road less travelled, but a whole industry has emerged to enable that option.

Taking control of the roadmap

The vendor may encourage its customers to make the shift now, but they are under no obligation to adhere to anyone's schedule but their own. Options abound in the third-party support space which address the needs of clients, with many able to provide support and maintenance well after the death knell of support from the vendor has sounded.

If the vendor's latest platform is something a customer is ready to move towards, third-party support can help them lower the total cost of support during the transition. But if they see no reason to abandon their current implementation, third-party support allows for them to operate it long past a vendor's arbitrary deadline.

Locking into an upgrade when the skills are not there to transition one’s business seamlessly can be both unnecessary and potentially more costly than they’re told. Those businesses which take the time to consider their options – or in many cases find out other options actually exist beyond what they’re told by the vendor – can stand to benefit from sticking to their course. After all, the choice to upgrade a system should never be anyone’s choice but that of the customer.

It’s their roadmap, so they are the ones that should dictate the path they take.