Data – the global addiction we’re all vulnerable to

The limits of our dependency on data are in danger of being reached. 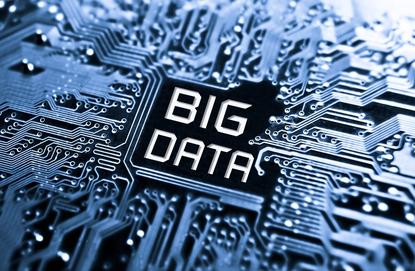 We can all imagine the horror of losing a lifetime of priceless photos through the failure of an iCloud account, or a business financially and reputationally ruined by the inability to access or protect consumer data.

How about an entire country like Australia brought to a standstill and experiencing economic turmoil due to the loss of vital government data? These are the very real risks that exist in a world where data has such a strong presence in our lives.

It has been a hot topic conversation for years now as vendors, consultancies, partners and customers across Australia have attempted to break down and extract the value from an ever-increasing heap of data.

While these attempts have proved insightful and improved business process, value and understanding, they have overlooked one critical aspect – our dependence on the data around us.

Individuals, government organisations and businesses store and access data on a minute-by-minute basis, if not more, for everyday tasks.

Many would argue data is still a choice – choice isn’t a word often associated with dependency. As individuals and businesses, we are all increasingly dependent on data. The stakes of this dependency increase dramatically as we enter a more internet and device-connected world.

This data must be stored, and this happens across a mix of different environments, either within a business, in a private cloud, public cloud or a combination of both. For most people and stakeholders in a business, this largely goes unnoticed and is often relegated or delegated to more technical-minded individuals and departments.

But perhaps it’s time we collectively began to stand up and take notice – because the limits of our dependency are in danger of being reached.

Currently only five per cent of data centres worldwide have been modernised, meaning we’re placing the hopes of our data dependency into twenty plus-year-old legacy architecture. That’s like building a Tesla off automobile technology and manufacturing capabilities of the 90s – it just doesn’t work.

Until we bridge the gap between the new technologies being developed, and the underlying – admittedly less interesting – technology they need to run on, we’re going to hit a brick wall.

Firstly, we need to acknowledge the limitations of storing the vast quantities of data we’re creating. Many people understand cloud to be a limitless space that can be infinitely topped up, but that of course isn’t true. Data centres hold this data, and they’re getting bigger and more plentiful.

The world’s largest data centre lies across the Pacific in the US state of Nevada. It is a staggering 1.62 Km2, roughly 80 times the size of Sydney’s ANZ Stadium.

Australian data centre marketplace Cloudscene lists 244 data centres in Australia alone, a number that is rising sharply. Around 90 per cent of our data was created in the past two years. That stat is likely to be true again in two years – how will we manage data storage on this trajectory?

Storage is just one aspect – data is no good to us if we can’t access it. The need and speed at which we need data varies depending on the type, location and requirements, but the more ambitious technologies on the horizon – such as autonomous vehicles, artificial intelligence (AI), and machine learning – will be demanding.

These developments require a fragmentation of data – while it might seem logical to manage data storage and access in far-away large data centres, the instant need of the applications reliant on that data can’t afford for the time and latency that would come with the distance. Much data will need to be stored in local, multiple, ‘edge’ data centres to meet this requirement.

There is also a considerable environmental impact. Even the greenest data centres in the world come with a considerable environmental impact to clear the way for, build, run, cool and upgrade. Given the current worry and political sensitivities around climate change, and the fact that most data centres don’t yet even fall into the green category, this is cause for concern.

Of course, we also can’t forget the almighty dollar – we might all depend on data, but who will cover the cost?

Either way, continued investment in data will depend on our continued ability to draw value from it. We may be multiplying the amount of data out there, but is the value of it keeping up? There is also the issue of bad data, a growing issue among Australian enterprises. According to recent research, 34 per cent of Australian businesses feel they lack the skills to manipulate and gain insights from data because the quality is poor.

Finally, we need to remember security. More data and more devices stored in more locations increases the physical and digital risks to the integrity of data across the connected ecosystem.

All hope is not lost

While it may sound overwhelming, we shouldn’t lose heart. At an industry level, these challenges are recognised and new technologies are being developed to address them.

To really meet challenges head on though, it’s important this recognition spreads to others in the C-level. Investment and excitement about data-intensive applications and services – which is basically any app or service in today’s world – should be balanced with appropriate investment in the underlying resources to support them.

We can’t do anything to reduce our dependency on data or kick the habit altogether – no more than we could survive without mobile phones or the internet. But we can help reduce the risks and solve the issues that come with dependency and ensure it delivers value to people, businesses, governments and society at large.