Australian tech budgets to grow a modest 2.1 per cent: Gartner 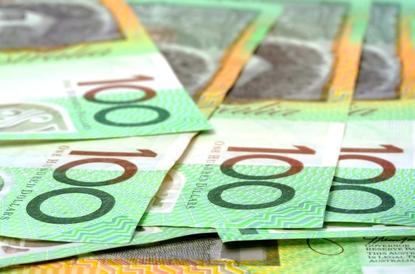 Technology budgets across Australian corporate and government organisations will grow by around 2.1 per cent in 2020 compared to this year, according to preliminary Gartner figures.

This is slightly below the 2.8 per cent rise in tech spending expected worldwide during the same period, Andy Rowsell-Jones, vice-president and distinguished analyst in Gartner’s CIO and Executive Leadership research team told CIO Australia.

Rowsell-Jones also said that revenue growth has stalled this year in Australia despite the small increase in IT spend.

“Globally, it was lukewarm at a couple of per cent but for Australia, it was zero…we haven’t seen businesses fall off the perch yet but the word we hear a lot now is ‘uncertainty.’

“CFOs haven’t cut budgets yet but they are making it a more difficult spend. There has been an unofficial slowdown on the rate of spending so 2.1 per cent may still be on the books but whether it actually gets approved when push comes to shove, we will see how the economy goes,” Roswell-Jones said.

The slow rate of tech spending is not particularly good news for tech chiefs who are being asked to innovate across their organisations.

“What we’ve seen this year is continued maturation of digital businesses. In 2010, everybody was saying, ‘I wish I had a digital business.’ Now, 56 per cent of the businesses we have surveyed here in Australia have said, ‘we have reached that maturity point’ and this means that they have hit 20 per cent or more in terms of scale or they are already running it for a profit,” he said.

Well over half of the organisations Gartner spoke to have passed that ‘tipping point’, he said.

“But if you look below the surface, there are two things you can invest in with digital. One is digital transformation where you hire a chief digital officer to, for example, go off and reinvent shopping malls or you can use digital to drive efficiencies,” said Rowsell-Jones.

“So we’ve seen a lowering of the appetite for more speculative transformation and an increase in money being spent on driving efficiencies."

Meanwhile, Gartner has also found that in contrast to the rest of the world businesses in Australia are “not really innovating their business models.”

“So what does that mean? You’ve got to think about how businesses make money. For example, if you are going to be in the widget-making business, you really need to find other sources of revenue. So maybe, make your widgets intelligent, start downloading content for the widget, release the widget, don’t sell it. Find other ways of making money. If you’re a bank, try to inject yourself into people’s lives, become a financial advisor.”

This type of activity is rampant in markets such as South East Asia and China but not so much in Australia, he said.

“Australia is a much less dynamic economy, yet it’s a much more mature economy. So many of the businesses here are focusing on the consumer experience rather than inventing their businesses,” he said.

Rowsell-Jones said this is what Gartner discovered last year and there’s no evidence to suggest that this has changed over the past 12 months.

“Again, the risk appetite for Australian business is quite conservative and is lower than other parts of the world.”

Adoption of technologies like AI is 40 per cent in Australia (compared to 41 per cent globally) and 23 per cent of companies here are saying they are rolling out ‘microservices’ using open source systems like Kubernetes.

“If you are going to go down the route of continuous integration and delivery, it reduces the cost of innovation once you have built the infrastructure.”