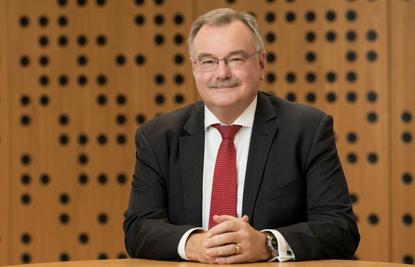 A bespoke platform to power the NSW Government's recently-merged insurance provider has cost $360 million dollars, a public hearing for the Inquiry into Budget Estimates 2019-2020 revealed.

The NSW Government paid $160 million in licence and building fees for the cloud-based platform, plus a further $200 million on the “transformation” costs of rolling out the platform across iCare and other insurance.

The figures were revealed by iCare CEO and MD John Nagle during a State Premier and Finance committee on 29 August.

When grilled by Greens MP David Shoebridge about the $160 million expenditure, Nagle defended Guidewire as a “standard system” that is one biggest insurance platforms used globally.

"It is run today by QBE. It is run by Suncorp. It is run in 250 insurance organisations across the world. It is one of the biggest insurance platforms that is used globally. It is a standard system," Nagle said.

“We have a complete platform of modern technology,” he said. “That platform will allow us to operate in the premium field, so the policy and billing platform.”

Nagle claimed iCare had taken a “courageous” decision at the time to build the platform entirely on the cloud and give it “scalability”.

Around the same time, iCare launched a “very involved tender” to find a platform to run the six insurance schemes together, choosing the “out-of-the-box” Guidewire, alongside Salesforce, Mulesoft, Onbase, Exstream, SAP, Okta, Informatica, Globalscape across the entire enterprise platform, as reported by ZDNet at the time.

During the session, Shoebridge questioned why iCare chose a bespoke program rather than an “off-the-shelf system” costing “substantially less and then adapted” for NSW.

However, Nagle claimed the Guidewire platform was cheaper than the previous set-up of five agents using systems costing an average of $50 million per year.

Since going live in 2017, the Guidewire platform has performed more than a million transactions and $6 billion worth of premium, Nagle also claimed.

“What we are getting is a modern platform that consolidates all of the data, all of the activities of a $2.7 billion organisation onto one platform,” he added.