While C-level positions were all the rage when mobility was new in the enterprise, the role of CMO – while still somewhat prevalent – is now largely unnecessary and could even hurt your bottom line. 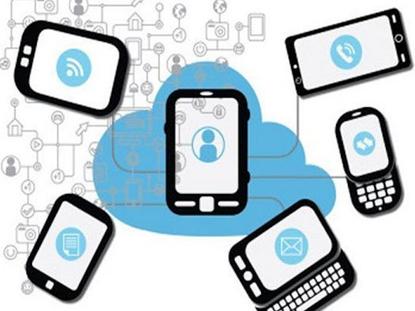 While one in three large enterprises has a chief mobility officer (CMO), according to one survey, that role is now largely duplicative and unnecessary – and creating it can hit a company's bottom line.

"As the use of personal mobile devices, social networking, and compliance requirements expand, organizations are faced with a dilemma. How can they balance privacy compliance mandates like CaCPA with business continuity, security, and operational needs in an ever more complex operating environment?" said Victor Janulaitis, CEO of Janco Associates.

CMOs tend to be found in larger enterprises with $250 million or more in revenue; about 32% of those larger organizations have individuals who fill the role. That percentage falls to below 20% for an organization in the $100-million-revenue range, according to Janulaitis.

The roles for both worker-facing and consumer-facing CMOs are on the rise, Janulaitis said.

A chief mobility officer, according to Janco, is responsible for the overall direction of all mobility issues associated with information technology applications, communications (voice and data), and computing services within the enterprise; that includes managing BYOD programs, defining OS platforms and devices to support, device security and setting and enforcing mobile policies.

Not everyone agrees, however, that a mobility chief is needed and in some cases creating the position can be detrimental to existing C-level executives and a firm's bottom line.

Brian Hopkins, a principal analyst with Forrester Research, said CMOs are just the latest in a trend of creating chief-x officers to address every new issue that emerges.

For most organizations, the plethora of CxO positions being created – from chief mobility and chief digital to chief growth and chief data officers – are little more than niche roles that produce an unnecessary layer of bureaucracy that can lead to  operational silos in enterprises.

In particular, a lot of "immature companies" see a problem or an emerging technology they want to adopt and immediately think they need to create a new executive position to take ownership of it. In addition, creating a C-level executive position for every new problem or technology sends the message to a CIO that he or she is not capable of managing it.

Additionally, in half of all enterprises CIOs report to either the CFO or COO, not the CEO; that incentivizes either financial or operational metrics instead of tech adoption and innovation, which can lead to greater efficiencies and profitable growth through new revenue channels, Hopkins said.

Enterprises should look at existing leadership teams and their responsibilities within a business unit and ensure the incentives are there for them to work together; that way, a company can measure the number of times executives say "no" to a technology project and incentivize them to do that less.

"We're saying the firms who don't do that will struggle to make their growth numbers because technology is so necessary to create growth," Hopkins said. "In a lot of cases the problem, we think, isn't that you need another C-suiter; the problem is the C-suiters you have aren't working together because you don't have the right governance or the right culture."

So, before you go appointing any new "chief-x officer," look at the C-suite executives you do have and solve the disfunctions that already exist, Hopkins recommended.

Forrester recently published its Predictions 2020 report; in it, the research firm predicted all companies that still have their CIO reporting to their CFO or COO will miss growth targets in 2020.

"Additionally, creating a Chief Mobility Officer, I think, muddies the water, because now what are the differences between the goals of the Chief Mobility, Chief Digital and Chief Information Officer?" Hopkins said.

Nick McQuire, vice president and head of enterprise research at CCS Insight, said there has been "a lot" of discussion around CMOS and other CxO positions lately. Mobility officer positions were initially created pre-2010 when the use of mobile devices at work was relatively new and considered pioneering technology. Today, the concept of a CMO is simply an anacronym.

Most companies quickly figured out that creating a position to oversee all mobile operations was not scalable in terms of digital transformation because it created siloes.

In the early days of enterprise mobile devices, teams would handle their procurement and management; sometimes mobile devices fell under messaging, because that was the primary function of Blackberry devices: email and collaboration. When the iPhone and mobile device management (MDM) arose, corporate infrastructure teams became responsible for deploying mobility solutions – particularly for email and other applications; shortly thereafter, mobile security was added to the roles. (The sheer complexity of managing mobile devices meant that some felt they needed an individual's oversight.)

"We asked [enterprise] customers back in 2015 where in your organization do you have expertise in terms of technology around mobility, and the vast majority of them across the U.S. and Europe said they didn't have a common view," McQuire said.

But the need for a CMO was short-lived, McQuire said, because mobility operations have now morphed into the wider end user computing environment at most firms, and over the next few years, siloed management will morph into unified endpoint management (UEM).

For example, VITAS Healthcare, a Miami-based a hospice and palliative care company with more than 12,000 employees and about 19,000 patients across 14 states, went on a six-year journey to create a mobile-enabled workforce and the UEM system needed to handle their devices.

According to Forrester's most recent IT decision-makers survey, 80% of firms have combined their mobile and desktop operations teams into a single team or role – and 90% of respondents envision their desktop and mobile operations being supported by a unified set of tools and strategy in the next three years.

Nowadays, the vast majority of companies McQuire sees have mobility under either infrastructure operations or as part of unified desktop facilities operations.

"So, for the most part it's part of a more established function like desktop or infrastructure teams," he said. "So, the role of having a Chief Mobility Officer was short-lived going back to the days when the technology was relatively new technology. To an extent, I do see the odd mobile business card in IT, but those days are disappearing and it's now part of a wider ... end-user computing, IT infrastructure, or operations team."

Mobile device operations are now being reworked en masse around the migration to Windows 10 and Microsoft's Intune cloud services. Support for Windows 7 ends in January, a deadline that has companies racing to upgrade to Windows 10, when Intune will be the default method for managing all endpoint devices.

Intune is designed to give IT admins an easy way to manage both corporate and personal mobile devices way by combining mobile device management (MDM) capabiltiies with mobile application management (MAM) features and putting them all in a single console. Though obviously tied to Windows 10 and other Microsoft products, it is designed to manage hardware running other operating systems.

Intune's arrival seven years ago came as companies were being forced to manage a sudden onslaught of devices accessing corporate data and networks – fallout from the bring-your-own-device (BYOD) trend that took off after the release of Apple's iPhone in 2007.

While there are still siloes in IT, most enterprises are striving to eliminate them.

"I was speaking to one organization, and they had a head of Windows devices. And, this was a big, global manufacturing giant," McQuire said. "Companies are still not yet there, not only in terms of unifying management... but also in having a converged team for desktop and non-desktop devices."

While the shift to Windows 10 will be a catalyst for adopting UEM, most companies are still applying a traditional deployment and management around Windows 10, just to beat the deadline, McQuire said. They're not treating Windows 10 as a new way to manage IT infrastructure.

"It's a reality a combination of here-and-now realities of moving to Windows 10 ahead of January 2020 and on the other hand looking further down the line a couple of years and figuring out if it makes sense to have siloes around platforms or can we unify this environment," McQuire said. "I feel companies want to get there, but they're not at this particular time."