Microsoft’s work stream collaboration platform is getting a slew of updates, including the long-awaited private channels and new IT admin controls. 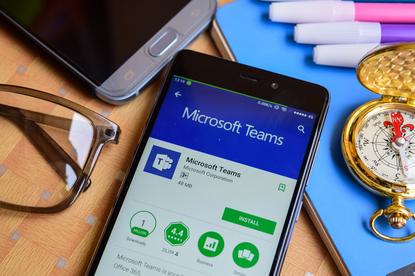 Microsoft Teams users can now converse with colleagues privately after the long-awaited introduction of private channels – one of a variety of updates announced by Microsoft at its Ignite conference in Orlando, Fla. this week.

The company also highlighted enhanced integration with Outlook and a multi-window feature.

Private channels have been in high demand from Teams users, and are the most requested feature on the Microsoft User Voice feedback page for Teams. The feature had been proposed by Microsoft before the launch of Teams in 2017, with a preview announced earlier this year.

The new feature allows Teams users to create channels that that are viewable and accessible only by specified coworkers, which can be useful for teams dealing with sensitive or confidential content.

“Every group, every team, every business has some discussions where they need to maintain some level of confidentiality,” said Karan Nigam, group product marketing manager for Microsoft Teams.

“For a lot of companies, it is the financial data. With private channels, the intent is that any team can restrict the membership of that particular channel so that not everyone has access to [it], …only a certain set of people do.”

“Private channels are important for any collaboration offering, just as a private conference room is required for in-person meetings,” said Patrick Moorhead, founder and president of Moor Insights & Strategy. “I believe it will facilitate more open conversations and engender trust.”

Microsoft also unveiled plans to integrate Teams more deeply into Outlook, with the addition of a button in the email client that can send information from an email into the work chat app. The opposite is also possible, allowing messages from Teams to be sent to Outlook.

The interoperability is designed to allow users to more easily select the communication venue that best suits them, whether that be real-time chat or asynchronous communications via email.

“It is a simple construct, but at the same time very powerful, to be able to bridge that gap between different modalities of communication,” said Nigam.

"Shifting between Outlook and Teams is natural,” said Moorhead. “When workers get into a 50-short-email back-and-forth, it would be better to be a Teams chat as it's easier to see the information and respond at the right point in the thread. Conversely, a 700-word chat or report over Teams doesn't make a whole lot of sense and would be better for Outlook.”

The addition of the feature comes as rival Slack also moves to link its platform more tightly with email clients, including Microsoft’s Outlook. Slack is also planning to go one step further and let users reply directly between email and chat.

Microsoft has also rolled out a unified view of assigned tasks within Teams. That allows tasks assigned to a user across a range of tools within Office 365 – To Do, Planner, Outlook and Teams – to be visible on a single page and accessible as lists, charts, boards or schedules. The single-window view is due out early in 2020.

Other Teams announcements at Ignite include:

The full list of this week’s Teams announcements is available here.