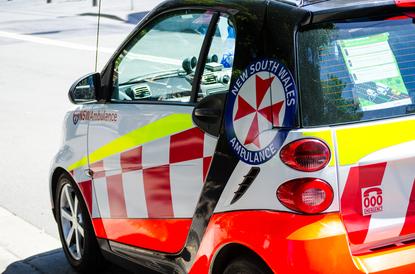 A settlement is expected to be reached in a class action brought against the NSW Ambulance Service relating to sensitive health and personal information that was illegally sold by a contractor.

Centennial Lawyers filed a class action in the Supreme Court of NSW on 20 November 2017 on behalf of all NSW Ambulance 130 employees and contractors whose sensitive health and personal information was inadvertently accessed between 14 January 2013 and 1 February 2013.

A contractor was given access to NSW Ambulance Service's records and database, he then collected and sold this information and, in 2016, was found guilty of unlawfully disclosing the information.

The ABC reported at the time that a third party, "who paid thousands of dollars for the data, was a group of injury lawyers".

Centennial Lawyers issued a statement saying the case has been a long journey for lead plaintiff, Tracy Evans, and the other staff who had their workers compensation files, staff and medical records accessed by a NSW Ambulance contractor.

“Employers have a duty of confidence to their employees and they must take adequate steps to protect their employee records and this case highlights the damage that can be done if data security is breached," principal solicitor of Centennial Lawyers George Newhouse said.

“While there have been many successful data breach class actions in the US and Canada such as those against Yahoo, Wendy’s and Target, there have been none concluded in Australia."

A NSW Ambulance spokesperson told CIO Australia in a statement that the well-being of its staff, and the security of their personal information, is of paramount importance to NSW Ambulance.

"NSW Ambulance reported the rogue actions of former temporary contractor Malik to NSW Police and provided every assistance to law enforcement officers during the criminal investigation and prosecution in 2013.

"NSW Ambulance is unable to comment on any ongoing civil litigation.”

The court hearing is set for 4pm today at the Law Courts Building in Sydney.