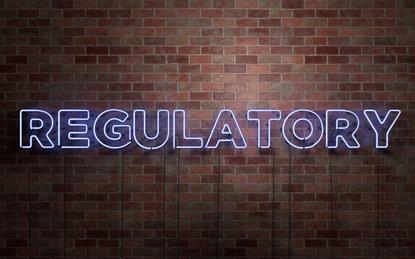 An investment gap is preventing mainstream adoption of regulatory technology despite a rise in global demand, according to research by Australia's RegTech Association.

The Centre of RegTech Excellence report conducted seven-minute surveys with 33 founders or senior executives at RegTech member organisations. The association said the findings of its study should be treated as indicative due to the lower than usual sample size.

“Australia stands at the brink of a global regulatory revolution where technology will enable corporates to automatically comply, monitor and respond to financial regulation," The RegTech Association CEO Deborah Young said.

"A rich, diverse RegTech sector is emerging in response to Australia’s global renowned, rigorous regulatory standards. Despite having everything needed to be a global player in RegTech, Australia’s piecemeal domestic investment is preventing Australian innovation from underpinning the global RegTech transformation."

The RegTech Association is calling out for more investment in the industry as, according to a research by Juniper, the  market is predicted to grow to US$127 billion, due to the rising threat of money laundering and increasing financial penalties.

“The Government has a key role to play as the ultimate orchestrator of RegTech – and to back the RegTech market through formal recognition of the potential economic benefits, in particular around exports, to encourage investment into the sector and continued expansion of regulatory innovation,” Young said.

According to the report the majority of the industry is self-funded with Angels and High Net Worth but venture capital and corporate venture are lagging behind. This, according to the study, results in 70 per cent of RegTech firms being bootstrapped by their funders, directors or employees.

“Australia punches above its weight in RegTech, but the impact of under investment of funding will be a classic “brain drain” to overseas markets," Barbara Sharp, CEO of Association member Pax Republic, said. "RegTechs must meet stringent risk standards as they are solving huge problems for conservative, risk averse companies. So, it takes much longer to validate what is most often a very big market."

“Any and all initiatives that reduce the time to value over the next 12 months will be key to ensuring that by 2022, Australian RegTech companies continue to lead and that growth happens in Australia, not overseas.”

According to the study, government is the third highest adopter of RegTech awarding 38 per cent of RegTech firms with contracts.

Superannuation could be a key RegTech beneficiary, both via improved efficiency as a buyer of solutions, plus via investment returns. Yet, only 14 per cent of RegTechs have superannuation customers.

ASIC and AUSTRAC have active RegTech innovation adoption programs in place, but only three per cent of RegTech firms have won business with regulatory agencies.

On average, 59 per cent of RegTechs rated lengthy procurement cycles as the greatest adoption challenge from initial discussion to proof of concept (PoC), then again from PoC to full deployment. The process can take up to 13 months on average.

On 11 September, the Senate established a Select Committee on Financial Technology and Regulatory Technology to inquire and report on five key points including the size and scope of the opportunity for Australian consumers and business arising from financial technology (FinTech) and regulatory technology (RegTech).

It will also look into barriers to the uptake of new technologies in the financial sector, the progress of FinTech facilitation reform and the benchmarking of comparable global regimes, current RegTech practices and the opportunities for the industry to strengthen compliance and reduce costs and the effectiveness of current initiatives in promoting a positive environment for start-ups.

The Association pledged to make a submission highlighting "the excellent RegTech export potential for Australia; a sector-agnostic approach across all regulated industry verticals; and a call for more patient capital to help grow this specialised area.

The RegTech Association is a non-profit organisation established in 2017. It counts on government, regulators, regulated entities, professional services and founder-led RegTech companies.