Review featured 40 recommendations aimed at ensuring the APS is “ready, over the coming decades, to best serve Australia” 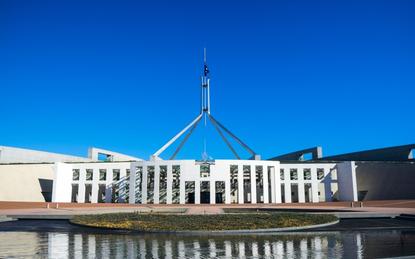 A massive audit of the federal government’s information and communications technology (ICT) capability could soon be underway, with the government agreeing to a number of recommendations made following a landmark review of the Australian Public Service (APS).

The much anticipated report from the Independent Review of the Australian Public Service, chaired by former Telstra CEO David Thodey, was released on 13 December and featured 40 recommendations aimed at ensuring the APS is “ready, over the coming decades, to best serve Australia”.

A number of the report’s 40 recommendations deal with information and communication technology (ICT), digital technology and procurement, some of them aimed squarely at bringing the federal government up to speed in terms of digital maturity.

"The review heard numerous examples of ageing systems across the APS. Moreover, there is limited knowledge and understanding about the overall state of ICT in the APS. The last time the APS documented whole-of-government ICT spend was in 2015-16. There is now no detailed inventory of the systems that exist across the APS nor of associated risks, costs and upgrade needs," the report stated.

The government’s APS reform agenda for the APS: Delivering for Australians, released in conjunction with the report by the Independent Review of the Australian Public Service, included the government’s response to the recommendations.

“The Secretaries Board will conduct an urgent audit of government ICT capability, risks and needs and, in light of the audit, seek government agreement to commission a longer-term ICT blueprint as proposed,” the reform agenda document stated.

“The Digital Transformation Agency (DTA) has already commenced working with the Departments of Defence and Home Affairs, Services Australia and the Australian Taxation Office to examine a single whole-of-government technology architecture and identify critical technology capabilities," it said.

The government's response suggested that this would support the effective and efficient digital transformation of government, particularly when it comes to identifying opportunities to effectively update and replace legacy ICT systems and identify where new systems should be common or interoperable platforms for more than one agency, or whether an agency should adopt its own system.

“It will also support the development of coordinated APS-wide advice on major departmental investment priorities...and the Government’s work on a whole-of-government digital technology architecture led by the Digital Transformation Agency,” it said.

The Review also recommended that the government improve funding, structure, and management of digital functions across the APS. The government agreed in part to this recommendation.

Another recommendation made by the Review was that the government build data and digital expertise across the APS by applying the “professions model” and creating centres of excellence.

The government agreed in part to this recommendation, saying that the APS will establish separate digital and data professions in 2020 to build capability and support career paths in these critical areas, with the APS Commissioner to lead the development of the professions.

Additionally, the Review recommended that the government adopt common enabling tools and services to support efficiency, mobility, and collaboration. To this the government agreed.

“The Secretaries Board will lead an ambitious adoption of common enabling tools and services for the APS,” the government’s response stated. “This builds on current initiatives like the Government’s Shared Services Program, the use of shared hubs for administering grants, and tools like GovTeams and CabNet+ that facilitate real-time, cross-portfolio collaboration on shared documents and projects.

“The Department of Finance is presently leading plans to build and pilot a common whole-of-government Enterprise Resource Planning foundation (GovERP), to bring together human resources and financial data. The Productivity and Automation Centre of Excellence, in the Department of Finance, is helping scale up process automation across government,” it said.

To a recommendation that the government deliver value for money and better outcomes through a new strategic, service-wide approach to using external providers, the response was lukewarm, with the government agreeing in part.

"The Department of Finance has established the Centre of Procurement Excellence to lift APS-wide procurement capability and to drive better commercial outcomes through ongoing coordination of procurement and the aggregation and analysis of procurement information to deliver efficiencies," it said in its agenda document. "This applies where an external provider is engaged through a procurement.

The government's response that that the Secretaries Board will further consider the proposal for a broader framework for the APS use of external providers. It noted that there is a considerable number of existing rules and guidance that apply to the APS’s use of external providers, and that the Board would review these and consider whether a new framework is likely to deliver better outcomes.

It also added that, "the Digital Transformation Agency is supporting better outcomes in sourcing digital products and services through the Digital Sourcing Framework for ICT procurement".