The state of digital transformation in 2020

The lessons learned from a decade of digital transformation provide a roadmap for those embarking on their own initiatives. CIO, Computerworld, CSO, InfoWorld, and Network World team up to dissect that legacy from every angle. 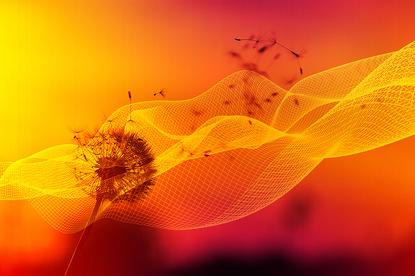 The past year has seen many businesses question exactly how transformational digital transformation really is. The answer, as with all IT initiatives, depends on the scope of the ambition, the skill of the leadership, and the ultimate degree of business impact.

Yet we’ve seen a pattern emerge: Those with transformational aspirations discover that boil-the-ocean schemes seldom meet their objectives, while carefully planned and targeted initiatives often have broader benefit than even the original instigators imagined.

The latter is particularly true of initiatives that reform fundamental processes. Transformation usually implies moving from one fixed state to another, yet digital transformation at its best involves a journey from inflexibility to a “permanently agile” condition. Getting there may involve the adoption of new programming, infrastructure, or internet-of-things advances. The biggest rewards, however, accrue from reimagining workflows to accommodate continuous change and establishing mechanisms that continuously measure results.

In an effort to examine the state of digital transformation from every angle, we’ve pulled together all five IDG B2B web publications – CIO, Computerworld, CSO, InfoWorld, and Network World – to reassess this long-running megatrend, with each article reflecting the charter of each site.

Featured in this series:

Senior Writer Clint Boulton, whose insightful case studies are a CIO staple, has contributed 6 digital transformation success stories, which summarize strategic efforts and transformational benefits at such marquee companies as Anheuser-Busch, McKesson, and Johnson Controls. If you didn’t know that the brewers of Budweiser had an innovation lab in Silicon Valley that involves AI, machine learning, and the internet of things, well, now you do.

Computerworld Senior Reporter Matthew Finnegan brings us Making the connection: The role of collaboration apps in digital transformation, which describes how collaborative platforms break down silos that block meaningful organizational change. The connections Finnegan describes amount to the front end of transformation, where new interactions and broad participation create a breeding ground for innovative ideas.

As any security pro will tell you, though, the larger the organizational change, the greater the risk of opening some new security vulnerability. CSO Contributing Writer Stacy Collett asks What is security's role in digital transformation? and offers a stark answer: not nearly enough in many cases, particularly those in which the drive to demonstrate early results trumps all else. The good news is that the industry appears to be learning from its missteps, as companies learn to “add security at the speed of digital transformation,” as Collett puts it.

It’s worth noting that very notion of “agility,” the concept behind the most meaningful transformations, can be traced to the rise of agile software development methodology 20 years ago. In How to get started with CI/CD, InfoWorld Contributing Writer Bob Violino unpacks continuous integration (CI) and continuous delivery (CD), the contemporary manifestation of the agile approach, in which both the implementation of incremental code changes and the delivery of that code to various environments is automated end-to-end – with testing at each step of the way. Among other things, CI/CD enables stakeholders to vet new applications as they’re being built, rather than await an end result that may have morphed way off the mark.

Last but not least, stalwart Network World contributor Zeus Kerravala weighs in with How to deal with the impact of digital transformation on networks, which argues that such transformational technologies as cloud computing, the internet of things, and Wi-Fi 6 have made the network more critical than ever – particularly the network edge. Kerravala believes this expansion will demand, at long last, the widespread adoption of software-defined networking, which is the only way to deliver the agility necessary to accommodate the relentless demand for change. Automation of rote tasks, such as that offered by intent-based networking, will be table stakes. And with magnitudes more endpoints, network professionals will need to ensure that, as Kerravala says, “the network itself acts as a security platform.”

We hope this compilation of insights from IDG’s expert staffers and contributors will provide a valuable reference for those charting their own initiatives. Digital transformation has taught us that those who try to change too much too fast are doomed to fail. But that doesn't mean you can't think big – as long as you understand that part of your goal is to lay a foundation for change you haven't thought of yet.