The research organization, which operates the large hadron collider, will instead opt for open-source messaging app Mattermost to replace its trial test of Workplace. 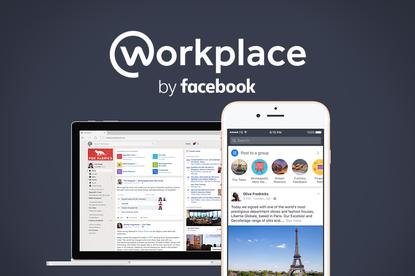 CERN, the European Organization for Nuclear Research, began a free trial of the enterprise social network in 2016. It has since been testing the app with staff, including corporate HR and IT teams. Approximately 1,000 members of CERN’s staff have a Workplace account, with around 150 active weekly users on the platform.

However “reactions were not always positive,” CERN said in a blog post this week. explaining the move. “Many people preferred not to use a tool from a company that they did not trust in terms of data privacy.”

While CERN had accessed the app as part of a free trial, it was told to either begin paying for the service or use a free version after Facebook announced new payment plans in July 2019. CERN said the move to a free version would remove admin rights and involve handing data to Facebook.

“Losing control of our data was unacceptable, as was paying for a tool that was not part of our core offering for the CERN community; therefore, we will end the trial of this platform,” the organization said.

CERN now plans to use an open-source tool, Mattermost, for instant messaging, alongside several other internal communications tools already available for staffers. It has requested that all content hosted on Facebook’s servers be removed.

A Facebook spokesperson said the company is “sorry” about CERN’s decision: “Last October, we announced an update to our pricing and packaging. As part of this we started renewal conversations with some of our customers and we’re sorry CERN [is] no longer trialing Workplace.

“We make it easy for Workplace customers to upgrade and downgrade based on their organization’s needs,” the spokesperson said. “Each pricing tier comes with different features and terms, all of which adhere to our strict security and privacy standards. We serve thousands of highly-regulated companies, like banks and governments, and have industry-standard security certifications like SOC2, SOC3, ISO27001 and ISO27018.

“We also offer our technology for free to global charities, educational institutions and emergency services organizations through our Workplace for Good program.”

There are 3 million paid Workplace customers, according to the most recent data on the app. That number includes deployments at large enterprise such as Nestle and the Royal Bank of Scotland.

However, concerns have arisen in the past about how controversies around handling of data in Facebook’s consumer business might affect its enterprise operations. A survey by CCS Insight last year showed that 42% of employees felt their trust in Facebook had decreased in the last 12 months.

“There are clearly trust concerns among CERN’s staff about using a tool developed and hosted by Facebook, and this is something we’ve seen become an increasing issue over the last couple of years following the Cambridge Analytica scandal,” said Angela Ashenden, a principal analyst at CCS Insight.

“Overall, the Workplace team has done well to manage the impact of this on its enterprise business, but it’s inevitable that there will be some fallout as a result, as we’ve seen here.”

She added that, while the Workplace free trial attracted a lot of interest from a range of companies and helped to kick-start its traction in the collaboration market, a move to a revenue model was inevitable, with most organizations accepting they have to pay for enterprise-grade security, governance and full control.

Raúl Castañón-Martínez, senior analyst at 451 Research, said that CERN’s decision points to data management concerns among large organizations.  “It is notable that CERN explained that their decision was based on not having control of their data, even after they discontinued their use of Workplace,” he said.

“This highlights that … SaaS services like Workplace might not be a good fit for every company; this is further reinforced by the fact that CERN stated they are relying on services like Mattermost, which does provide companies with full control of their data.

“It is also notable that several members publicly stated that they did not trust Facebook in terms of data privacy. While Facebook has stated that its enterprise solution functions as a separate entity to their consumer services, they could benefit from expanding their efforts to address these concerns.”